Asus has already revealed that it plans to expand the Zenfone lineup with new models this year and it looks like one such device has received certification for sale in China under the Z00EDB model number. This phone falls in the entry-level segment and unlike all models in the current lineup, this handset might not have an Intel processor onboard.

And this would come as no surprise as the company already revealed its intentions to use chips from MediaTek and Qualcomm in future phones. The Asus Zenfone Z00EDB is the same size as the Zenfone 2 ZE500CL and it also has a lot in common where specs are concerned.

The design is a bit different on the upcoming Asus phone as the rear panel flaunts dual LED flash and an unknown sensor on its rear, while the ZE500CL version has a single LED flash. Additionally, the phone is said to be powered by a 1.2GHz quad core 64-bit processor with Mali graphics. 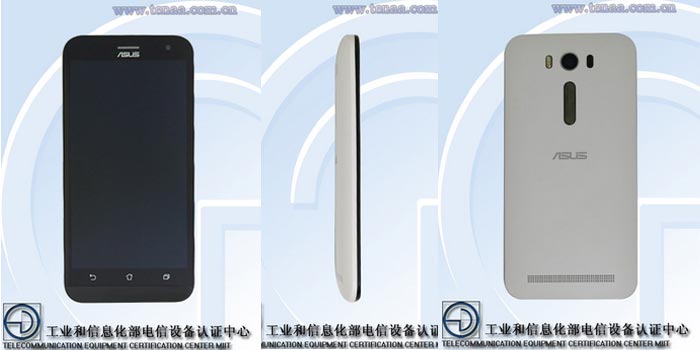 Based on this, we can clearly rule out that the chipset is not from Qualcomm, which leave use with either a MediaTek SOC or the new Intel Atom X3 chipset that’s designed for the entry-level market. We just wouldn’t expect the same level of performance that you’d find from the Atom Bay Trail powered lineup.

Also read: Asus is working on a selfie Zenfone smartphone for Q3

PhoneArena is reporting that the Asus Zenfone Z00EDB has been certified on China’s TENAA website, but the listing looks to have been pulled. We’ll most likely see the new smartphone go official early June along with the new ZenPad tablets.