New Mesuit case lets you run Android on your iPhone

Android and iOS have never been the best of friends, inspiring heated debates and discussions among its followers over which OS is the best of all. A Chinese company called Jijia has now come up with a unique case which makes sure the two software live side-by-side in harmony.

This isn’t the first time Android and iOS have been made to co-exist in one iPhone. Tendigi CTO Nick Lee managed to perform the same feat back in June this year using a custom-made 3D-printed case running Android Marshmallow. The new Mesuit cover works just like the former, except it’s a fully-fledged commercial product which you can actually buy.

The Mesuit case works its magic through a modified Android OS called Mesuit OS 1.0 which starts up via an app. All you have to do is plug in the cover through your iPhone’s Lightning port. Not only will you get to use an entirely different software, you’ll also be able to access 16GB of additional storage and slot in one more nano SIM. 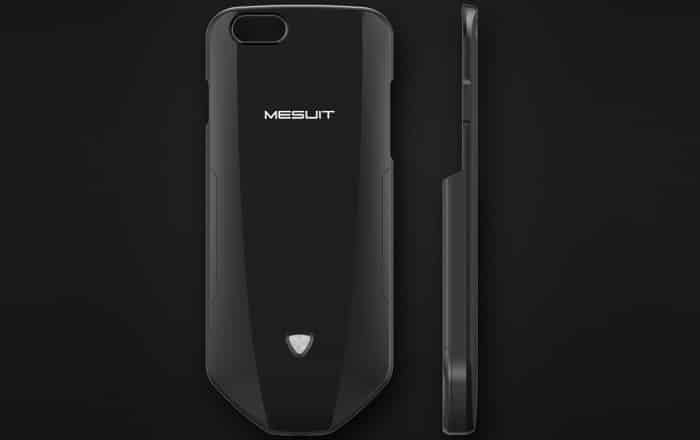 iPhone owners have been complaining about the handset’s non-expandable memory for years, so this case appears to provide a handy solution for that. Another common source of anger is the device’s low battery capacity. Jijia has a quick fix for that as well, equipping the Mesuit with a 1700mAh and 2500mAh battery for the iPhone 6/6S and iPhone 6 Plus/6S Plus, respectively.

Also See: Edward Snowden designed an iPhone case which shields you from surveillance

The Mesuit is only selling in China right now, with no word on whether Jijia plans to release the case internationally. The iPhone 6/6S case is priced at CNY 999 (roughly $150), while the bigger iPhone 6 Plus/6S Plus will set you back by CNY 1099 (about $165).