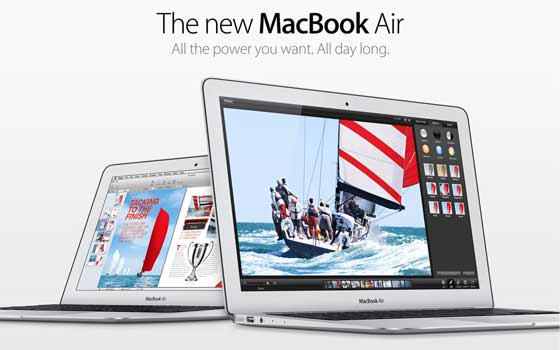 The new MacBook Air 2013 models have gone on sale in India a month after the latest laptop series was officially unveiled along with the price tags. Though the necessary details covering price have already been disclosed before, the Apple MacBook laptop has now reportedly started to hit retail stores across the country.

This piece of information comes via NDTV Gadgets. Explaining the price in a manner of sorts, the latest MacBook Air notebooks haven’t gone through much modifications compared to the previous generation ones. In fact, one of the most prominent changes is the inclusion of the latest processors from Intel which are based on the Haswell architecture. Owing to which, the laptop is said to proffer even longer battery life.

The current estimate for the 13-inch model is pegged at around 12 hours of activity on a single charge, while the 11-inch one can deliver approximately 9 hours. The new MacBook Air is also being deployed with the latest Wi-Fi standards, 802.11ac to be precise. Where other technical details are concerned, the notebook features an LED-backlit glossy display and storage options of either 128GB or 256GB of flash memory. 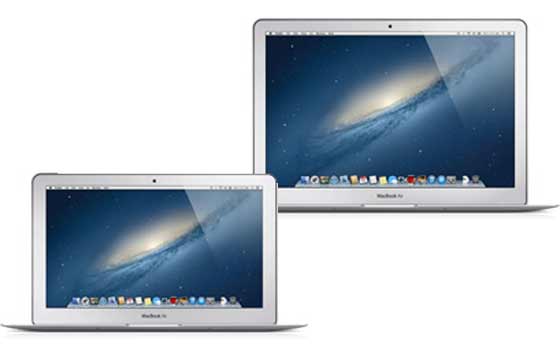 There aren’t any choices of processors here as only the fourth generation Core i5 with dual cores is being offered with a 1.3GHz clock speed. Accompanying it is the HD Graphics 5000 and 4GB of LPDDR3 RAM. Other components included here comprise of a mini DisplayPort, HDMI, a 720p FaceTime HD webcam, a Thunderbolt socket and USB 3.0 amongst others.

The report also notes that the MacBook Air 2013 laptops fall under the Back to School discount promotion which was announced for other products before. Qualifying students and teachers will be entitled to a maximum of Rs 8,000 off on the 11-inch variant or up to Rs 11,000 on the larger version.

As per what the report states, the latest Air lineup is available for purchase through retail stores as well. The 11-inch base model carries a starting price tag of Rs 67,900, while the 13-inch one is pegged at Rs 74,900 and above.