The launch of Microsoft’s new flagship Lumia smartphone range is right around the corner, and the company seemingly has a big surprise in store for fans. It’s being said that the upcoming Lumia 940XL model will carry onboard an iris scanner to authenticate the identity of its users.

In this era of fingerprint scanners, such a step might just tilt the momentum slightly in the new device’s favor. Such a technology has already made its way into several low-profile handsets, but it will be for the first time that a player as big as Microsoft will be employing it in one of its handsets.

Codenamed Cityman, the new Lumia 940XL will be accompanied by a smaller offering named Lumia 940 and codenamed Talkman. The latter will apparently not feature any user identification hardware on it. 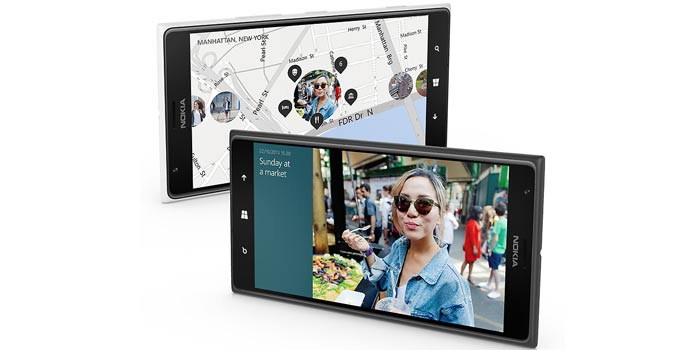 Coming back to the Lumia 940XL, news about it having become the beneficiary of an iris scanner comes from the ever so reliable EvLeaks. Managed by Evan Blass, this Twitter account has said that the device has skipped the fingerprint scanner, indicating that Microsoft was at some point of time thinking of incorporating it into the handset.

The new Lumia 940XL has had a few of its main specifications leaked before this. It will apparently kick in an iPhone 6 Plus-rivaling 5.7-inch QHD display, and run on the octa core Snapdragon 810 chipset. Moreover, a 20MP rear camera, a 5MP selfie snapper and a 3300mAh battery are also said to form part of it.

Also Read: Microsoft new Lumia 430 is the cheapest Windows Phone, but not in India

But the most important aspect about the new Microsoft Lumia 940XL is definitely the fact that it will run the Windows 10 OS out of the box. This will give it a definite edge over competition given the advanced features the new software possesses.