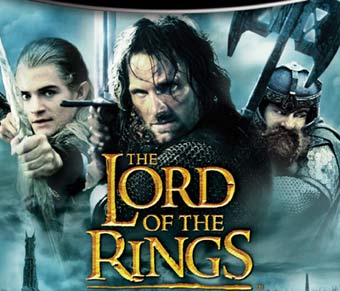 This one is for all you LOTR fans. Yesterday, Electronic arts announced that it has renewed the license to launch additional games based on J.R.R. Tolkien’s The Lord of the Rings until 2008. A new game based on the LOTR will be released next year.

In fact, since 2001, EA has been developing games based on New Line Cinema’s The Lord of the Rings. These games based on LOTR have indeed become very popular with gamers all over the world.

According to Frank Bibeau, EA’s executive vice president and general manager of North American publishing, “The Lord of the Rings is an incredible canvas to create epic games. We look forward to our next project with New Line Cinema and Tolkien Enterprises scheduled to ship in 2008.”

Now that EA and New Line Cinema will continue down the line (even if its just until 2008), fans sure have a lot to look out for in new games that will be developed based on the LOTR books and movies. More details on the actual games will be released soon.

“We have a long history of making great games with EA and are thrilled to extend our longstanding relationship,” said David Imhoff, New Line’s senior executive vice president of worldwide licensing and merchandising. “We look forward to working closely with EA to create even more compelling Lord of the Rings adventures in the future.”