The Sony Xperia Z3 family of devices, which was unveiled earlier this year has been granted an artistic makeover of sorts in Germany. Limited edition models of the three products will soon be sold in the country, bearing exclusive etched patterns on their rear surfaces.

If you’re from another country, there’s no luck coming your way, as Sony hasn’t disclosed details about any other nations that will be getting them. It has chosen three different artists to come up with patterns for the backs of the trio of Sony Xperia Z3 devices. Moreover, the three of them have decided to take inspiration from different cities for their designs. 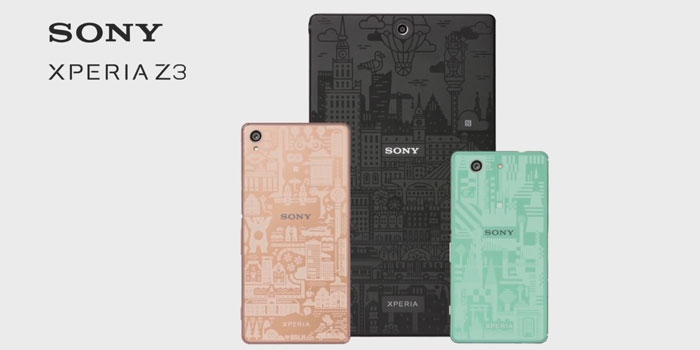 While Vesa Tapani Sammalisto has chosen Berlin for the Z3, Shinpei Hasegawa has gone for etching Tokyo onto the Z3 Compact. For the Z3 Tablet Compact, Jan Feliks Kallwejt has chosen to go with Warsaw. 33 units of each of these models will be made available for purchase.

The Sony Xperia Z3 devices were unveiled by the Japanese company at the IFA event in September this year. These waterproof offerings pack high-end components in their extremely form factors.

While the flagship Z3 smartphone kicks in a 5.1-inch full HD display and a 20.7MP rear camera, its smaller Compact version offers a 4.6-inch HD monitor and the same 20.7MP camera. The Z3 Tablet Compact on the other hand features an 8-inch 1200 x 1920 pixel display and an 8.1MP rear snapper. All these devices run on Snapdragon 810 processors.

Head over to this link if you wish to know more about the limited edition Sony Xperia Z3 devices which have been launched for Germany.