We already know a lot about the awkwardly-shaped BlackBerry Passport, but considering that the phone is yet to be released, there could still be a few features that haven’t been implemented or are still in testing. Well, 4K video capture appears to be one of them as no mention of the capability has been made until now.

Twitter user DHabkirk has landed a screenshot from the BlackBerry Passport which shows the option of 4K recording at 30fps. The handset is said to be running on the BB 10.3.1 OS. Previous leaks have only mentioned that the device would have 1080p video capture at 60fps.

This means that the new attribute hasn’t been implemented as yet or could be enabled after the phone’s launch via a software update. The Passport rocks a 13MP sensor on the rear which sports a 5-element f2.0 lens and OIS. The 2MP camera on the front will also be capable of HD video, but at 720p.

The smartphone is a pretty large one featuring a 4.5-inch display and a 3-row QWERTY keypad with gesture support. A quad core Snapdragon 800 SOC delivers the steam and there’s a 3450mAh power pack to get things up and running. 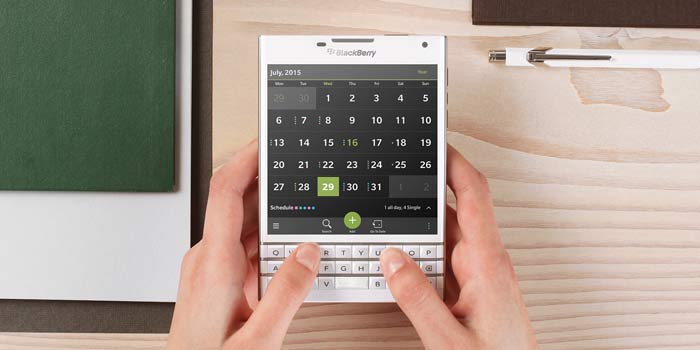 Here’s a roundup of the BlackBerry Passport specs:

The BlackBerry Passport is expected to go official sometime this month along with the Porsche Design P’9983. An LTE model of the Z3 could also get unveiled.