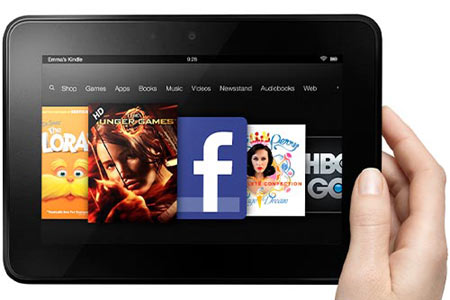 The recently announced new Kindle Fire and Kindle Fire HD are now available in Staples stores, if waiting for the ‘lengthy’ delivery time straight from Amazon is too much to take. Unfortunately, for now at least, only one of the two versions of the HD slab will be sold.

The 7-inch version of the new Kindle Fire HD with a capacity of 16GB is being offered. It comes with a 10-point capacitive touch capability while displaying visuals at 1280 x 800 resolution on its high definition color screen. Video playback takes place at 720p. It also packs a 1.2GHz dual core processor and dual band Wi-Fi, making surfing the net faster and easier.

If the HD tablet doesn’t fit, the Kindle Fire is also available from the retailer’s stores. It ships with 8GB of internal memory and a 7-inch LCD, 2-point multi-touch screen with a resolution of 1024 x 600. Just like the high definition variant, this one also features a 1.2GHz dual core processor, but only finds itself with single band Wi-Fi. Unlike its above mentioned sibling, it does not have an HDMI output port.

In addition to these two high-flying models, the new Kindle Wi-Fi model is up for sale and comes with special offers, says the office supply retailer. It has a 6-inch display and hand-tuned fonts, and affords faster page turns. Meanwhile, the Wi-Fi and 3G models of the 6-inch Paperwhite can be pre-ordered now.

The prices of these devices via Staples have been revealed. The Kindle Fire HD is available for $199, while the Kindle Fire can be ordered by putting down a sum of $159 and the new ramped up Kindle with Wi-Fi comes for its reduced price of $69.