New iPod touch, nano and shuffle devices could be announced by Apple this week

The launch of the fastest ever iPod touch is right around the corner, and so is the arrival of an updated range of iPod nano and shuffle devices from Apple. July 14 is the date on which these three gadgets are likely to be unveiled by the Cupertin-based, according to a new report.

The ‘fastest ever’ tag is being affixed to the iPod touch because it’s supposed to be the first device from the range to feature a 64-bit A-based chipset. It has apparently been codenamed N102, and is expected to grab an upgraded camera setup as well.

This information comes from a reliable French website named iGen.fr, which has also said that new models of the iPod nano (N31A) and iPod shuffle (N12D) may just get fresh colors. Images of these unreleased devices were also spotted in iTunes 12.2 earlier this month, as pointed out by MacRumors. 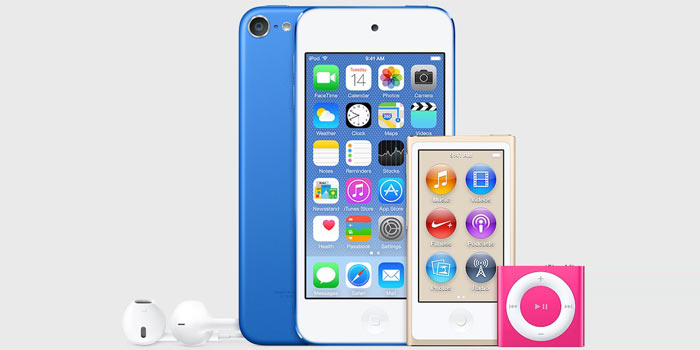 The new colors are fine, but what’s really interesting is the date that the Calendar app in the iPod touch is showing. ‘14’ and ‘Tuesday’ both correspond to July 14, and thus give more credibility to the possibility of the three devices being unveiled on the said date.

The iPod touch is currently being sold in the form of 16GB, 32GB and 64GB storage options worldwide. However, since the music player has the habit of imitating the iPhone range, we won’t be surprised to see a 128GB variant of it pop up during next week’s launch.

Stay tuned until July 14 to see if Apple will really be launching new iPod touch, nano and shuffle devices or is it just another false rumor.