iPhone 7 may be ugly and boring (New photos)

Apple is expected to launch the iPhone 7 series consisting of a Plus and/or a Pro version in mid-September. Alleged new photographs of the iPhone 7 have surfaced on the web, giving us a glimpse of its revamped design. And it’s ugly. The iOS smartphone’s appearance has as much appeal as a thin, shiny brick.

The antenna band setup on the back of the iPhone has been removed, though not completely. It looks more like someone forgot to erase it completely rather than a deliberate decision to leave half of it visible. On the whole, the design of the rear is painfully minimalist to the point of insipidity.

Not enough may be changed to guarantee that buyers will be clamoring for the next iPhone when Apple releases it this fall. The handset on the left in the image above is supposedly the base version. As you can see, its camera bump features a single lens and not the rumored dual camera system. 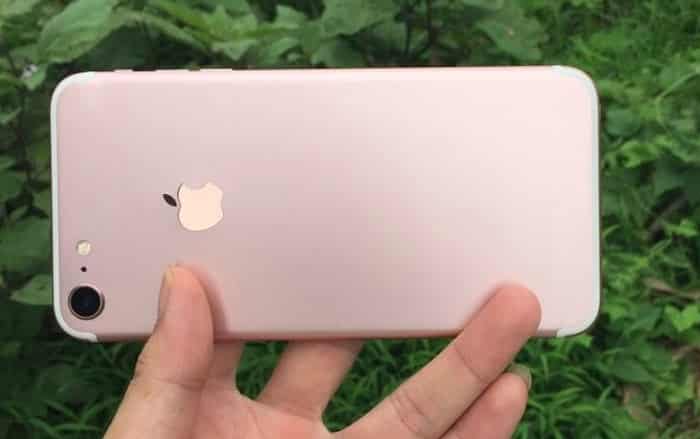 The pictures obtained by NowhereElse don’t agree with each other. In both, the antenna bands are there all right. But the mute button is present in one and absent in the other. Is it possible Apple finally realized how stupid it is to dedicate an entire hardware button to mute and unmute the iPhone?

Not only is it totally unnecessary, it’s inconvenient too. We’ve managed to accidentally mute our iPhone while it was in our pockets at least several times over the past year. If Apple wants to go waterproof, it must minimize the opportunities for… 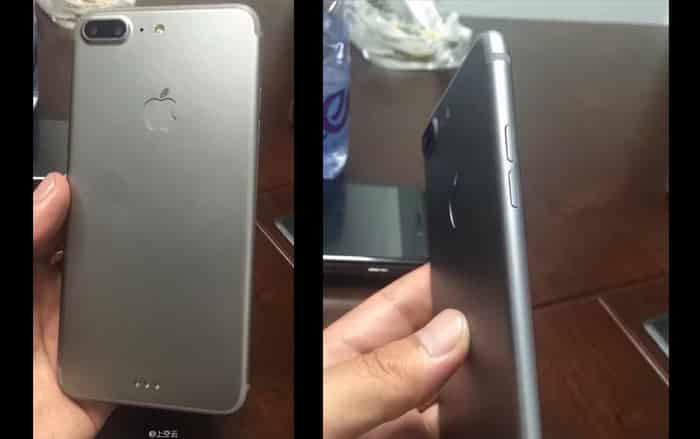 If Apple wants to go waterproof, it must minimize the opportunities for liquid to ooze to into the smartphone through redundant buttons and ports. So it’s possible that the image of the dummy (most likely) unit shown above is a prediction of what is to come.

The photograph also reveals three dots for the Smart Connector on the lower half of the handset. Support for accessories through this 3-pin component has been rumored for the iPhone 7 Pro and/or Plus. Another thing that stands out is the dual camera setup.

It’s expected in the costlier variants of the upcoming iPhones. We previously reported on the possibility of Apple dropping the physical home button in favor of a capacitive one. Well, the newly uncovered photo offers no proof of such a switch in the next iPhone.

Given the inordinate amount of spacing between the rear camera, flash and mic, the iPhone 7 shell could simply be modeled on the current gossip about it. But if it is even a remote representation of the forthcoming device, gear up for a boring launch in fall.

None of the leaks provide solid evidence on the more important specs of the upcoming iPhone. We still don’t know for sure if Apple is going to ditch the 3.5mm earphone jack in favor of letting its Lightning connector do double duty for one. An important feature Apple’s…

Features Apple should have in iPhone 7 (or we’re gonna hate it): 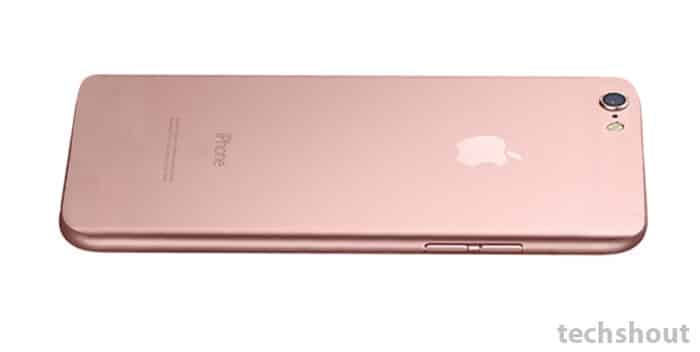 An important feature Apple’s flagships have frustratingly stayed away from is water-resistance. It is expensive to get an iPhone repaired, especially when it’s not within the warranty period or does not meet the company’s terms of service.

So it’s high time the company incorporated something as basic as water- and dust-resistance in its top-end iPhone variants. We like using our handsets in the bathroom, Apple. A sturdy glass display only protects it from cracks due to falls.

The Galaxy S7 has water-resistance, for heaven’s sake. At this point, no one’s going to say Apple copied Samsung. Water-resistance is a necessary specification these days. What about adding wireless charging too? Android phones have been offering the same for ages. 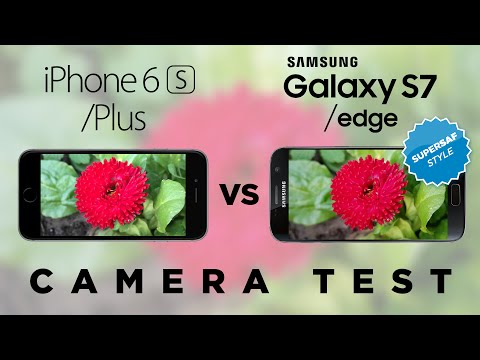 iOS phones may boast of excellent cameras for stills. But they suffer when it comes to low-light photography. While shooting videos, audio is recorded in mono and not stereo mode. It makes a lot of difference in the overall quality, as you can ‘hear’ in the comparison above.

The other issues we have with it include the lack of a decent file system, sketchy Bluetooth, 720p front camera recording and limited NFC functionality. Apple needs to learn that customers don’t want the same boring design, puzzling UI and slightly improved technology year after year.

Hopefully, it will release the iPhone 7 with some big additions to it. Apple really needs to impress us after the stunt it pulled with the iPhone SE.