There’s yet another iOS 11 bug doing the rounds, this time crashing iPhones and other iDevices with a single character. Sending a particular Telugu letter to anyone running iOS 11.2.5 will instantly result in their iMessage refusing to open and causing the iPhone to restart.

A community forum called OpenRadar first highlighted the issue a few days ago, followed up by a report by Italian blog Mobile World. As per the latter, just typing the symbol in apps like iMessage, WhatsApp, and Twitter will force it to crash and automatically close every time you try to open it.

Basically any app where you can input text is affected by this bug. It seems things get worse if someone sends you the Telugu character and iOS displays it as a notification, since this will cause SpringBoard, Apple’s home system software, to go into a spiral and reboot the iPhone. 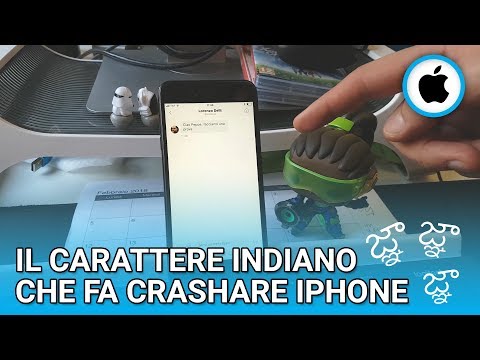 If this happens to you, it would be best to wait for SpringBoard to restart on its own since trying to force a reboot will trigger a never-ending bootloop. You might be able to regain access to iMessage by getting a separate friend to send you a message and then deleting the thread which contains the letter.

The problem isn’t even restricted to iPhones, since even the Apple Watch, iPad, and Macs can get affected while trying to process the symbol in apps like Note, App Store, and Safari. Apple is already on the case, confirming that it’s aware of the issue and plans to fix the bug before iOS 11.3 comes out this spring.