Lots of users of the Instagram photo and video-sharing app rely on other editing tools to touch up their images before uploading them on the said network. It is these folks whom the company has seemingly targeted with its latest update, providing them with a large array of fresh tools right inside the app.

Available now for Android and iOS devices, this upgraded version of Instagram truly gives it a big overhaul and presents its users with a bevy of features to make their photographs unique. There are no new filters forming part of it, but double tapping on a particular filter brings up a slider which lets you adjust its strength according to your liking. 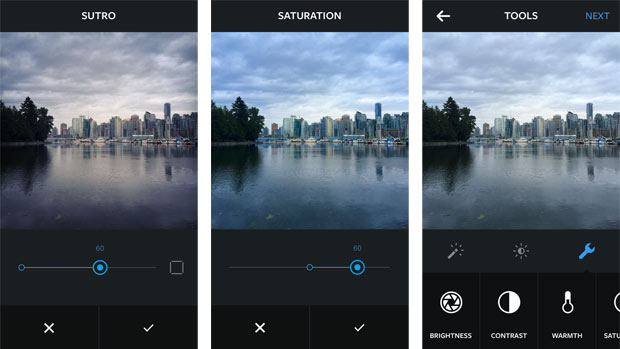 The Lux feature which was earlier an iOS-exclusive has now made its way into the Android version of Instagram as well, allowing users to access an automated contrast and saturation adjustment tool. But that can also be done manually from now on, for the new update has even packed in controls for brightness, contrast, warmth, saturation, highlights, shadows, vignette and sharpness.

No real changes have made their way into the video portion of the popular service however. Version 6.0 of the app will let its users experiment a great deal before uploading their photographs for the world to see. The developers over at the Facebook-owned company sure have released an extremely impressive update this time around.

Instagram 6.0 is live now on the Google Play store as well as the Apple App Store, so go ahead and download it onto your devices to see what’s new.