The premium version of the Samsung Galaxy S5 that’s said to carry the Prime branding has been caught in the wild once again. However, this time, the images provided showcase a different design compared to what we seen a couple of weeks back.

The initially leaked picture highlighted that the Samsung Galaxy S5 Prime would have a smooth rear panel with a brushed design and a metal body. The new ones, however, show the same pimpled rear panel seen on the original smartphone, albeit made from aluminum and not polycarbonate. The previous image could well be of a replacement panel, one of many which are available online. Additionally, the rest of the phone looks identical to the main S5 model as well. 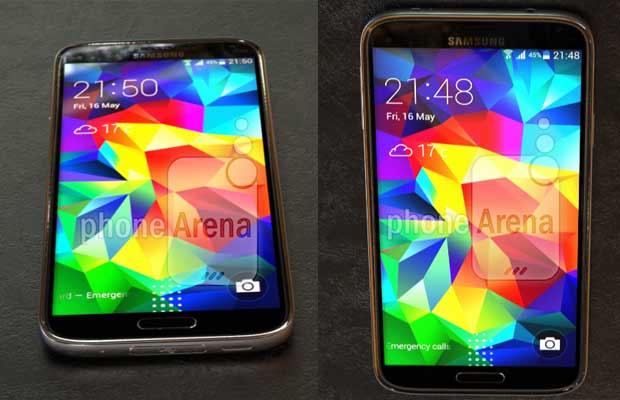 There’s, however, a slight change. The speaker which was originally on the back has been moved to the bottom panel and the silver ring which we’re sure is made from aluminum as well, has a flat design without the bumps. Also, the fingerprint reader and the heart rate monitor are onboard. The latest pictures were sent to PhoneArena by one of its readers and haven’t been authenticated as yet. They do look like the real deal and we’re quite disappointed that Samsung didn’t alter the overall look of the phones. 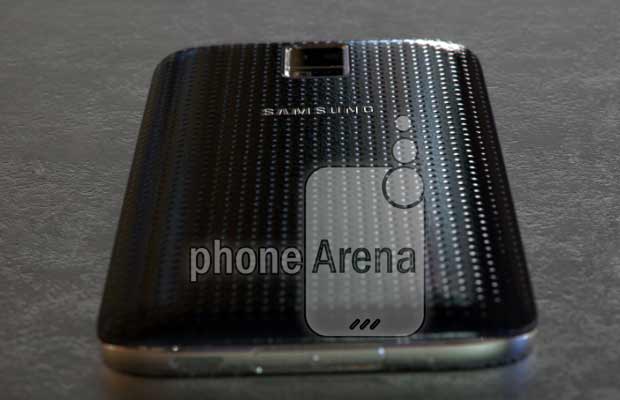 The Samsung Galaxy S5 Prime is said to go official sometime next month, so we’ll have all the details then. Stay tuned.

Here are the rumored specs of the S5 Prime: