Sony Computer Entertainment Europe has announced that a new icy white Sony PSP-E1000 is scheduled to arrive in European territories starting July of this year. It’s good to see that even with the release of its new PS Vita console, the Japanese gaming frontrunner is showing support to earlier versions of the handheld. After all, the older console does have several games available for it and is by no means outdated.

Sony’s range of games for the PSP is quite an impressive one and anyone looking to pick up the handheld in its new shade will have an assortment of titles to choose from. The company has on offer a nice collection of accompanying PSP Essential games which will each be available for £9.99 or €9.99. 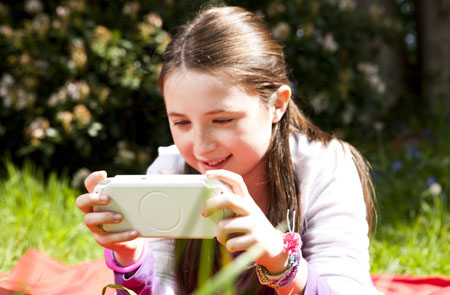 And as Mayumi Donovan, European Product Manager, SCEE, points out in a post on the official European PlayStation blog, a nice fit for the new PSP-E1000 color is EyePet, but owners will need to purchase an external camera for the device to play with their unique pets.

Unlike previous PSP models, the budget-focused PSP-E1000 does not have Wi-Fi capabilities. Also, it comes with a mono speaker vis-a-vis stereo speakers found on the older models. Moreover it does not feature a microphone.

The icy white Sony PSP-E1000 price is the same as the previously released matte-finished charcoal black version. It will be available in July at a recommended retail price of £89.99 or €99.99. At this point, it is unclear whether only European fans will be able to get their hands on one of these icy cool bad boys or if it will make its way over to the US and other regions as well.