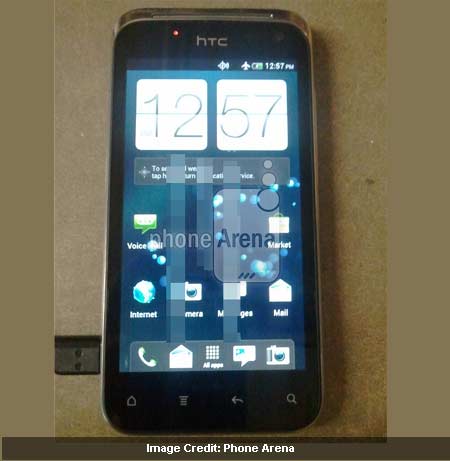 According to the latest buzz in tech town, HTC looks like it’s ready to kick off an original Ice Cream Sandwich line-up. A new smartphone which remains unnamed, was recently spotted in the wild. Furthermore, it might be made available from Verizon Wireless upon official release.

A recent report by Phone Arena which revealed these details, has also shed light on some technical specifications of this anticipated gadget. The forthcoming smartphone by the manufacturer may serve a blend of Android 4.0.1 along with the HTC Sense 4.0 user interface. The leaked picture shows it sporting four keys at the bottom of the screen.

Multitasking needs are expected to be taken care of by a 1.2GHz dual core Snapdragon processor. Other hardware details like the battery life and more are still under wraps. The device might even display visuals on an AMOLED screen rather than an S-LCD as seen on new smartphones from this company. 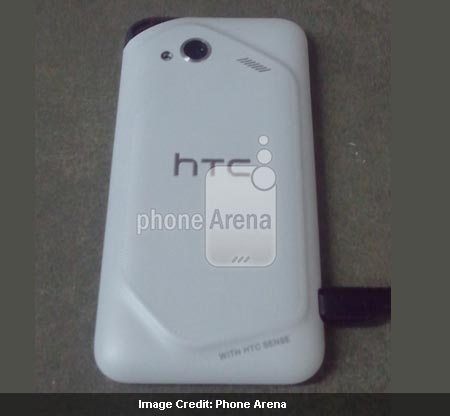 Apparently, the rear panel is dotted by an 8MP camera for capturing videos and images. Furthermore, the touchscreen gracing the front, is supposedly accompanied by a VGA snapper. It is also being reported that the handset will support 4G LTE connectivity, probably on the Verizon network.

Judging from the looks and design, it is being speculated that the smartphone might be a third generation Droid Incredible. The front design doesn’t seem to appear that different from other recent HTC smartphones, while the back is said to proffer a faint reminder of the Incredible 2.

There is no word on the name or model number of this HTC Verizon smartphone yet, but with the MWC approaching, we might soon get something official on it. Also, the specs may see some more positive tweaks by then.