All New HTC One gets video review treatment once again, only this time it’s in German

Update: The original video has been taken down now, but we’ve fixed you up with a mirror, so you can watch the device in action prior to its launch later today.

Original Story: First it was the kid who probably got served a notice by HTC, and now it’s a German reviewer who has given the all-but-secret All New HTC One the hands on treatment. The 14-minute clip which you can spot in the space below gives us a lowdown on the device’s various new features, its software and more importantly, its dual camera setup can finally be seen in action.

But there’s one small hitch though; you probably won’t be able to understand a thing he’s saying if you aren’t fluent in German. But that shouldn’t stop you from having an in-depth look at the upcoming phone. Coming from a YouTube account named Hans Meyer (via Android Police), this video is your best bet at viewing the software attributes of the All New HTC One prior to its launch tomorrow.

Android KitKat’s transparent notifications bar has been incorporated into Sense 6.0 in a pretty neat manner, whereas the overall feel of the user interface too is impressive. The after-capture focusing of images which is made possible by the two-camera setup on the device has been demonstrated fully in this clip, so do have a look at it if you wish see it in detail.

The All New HTC One will be officially unveiled to the world tomorrow at separate events in London and New York. If you wish to watch the event live, here’s the domain on which the HTC plans to stream it. 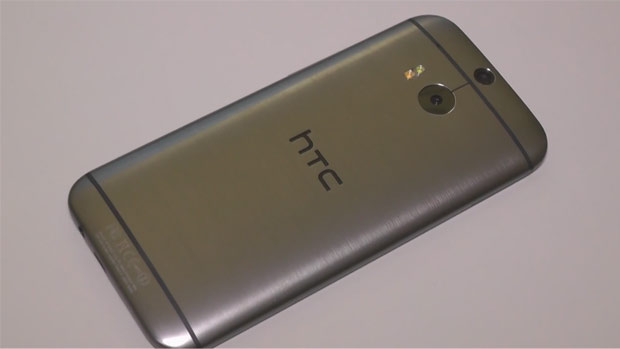 Take a look at the rumored specs of the handset: