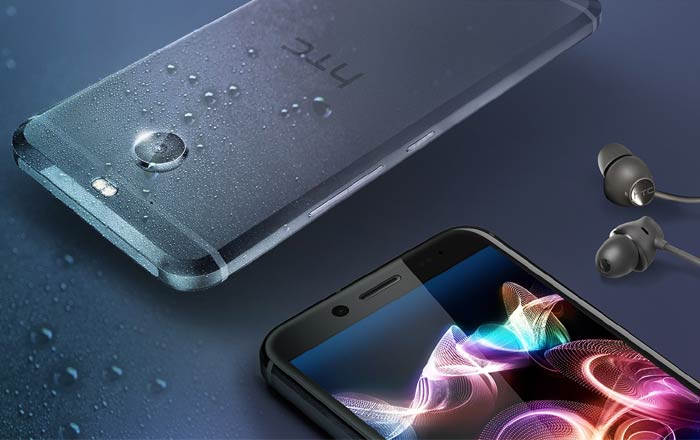 HTC’s officially launching the Sprint-exclusive HTC Bolt as the HTC 10 evo for the rest of the world. The former arrived on the scene earlier this month priced at $600 up front.

Unfortunately, HTC has chosen not to reveal country-specific availability and cost details as of now. The new HTC 10 evo appears to boast of nearly the same specs as its counterpart. It can also be seen as a lower-specced alternative to the HTC 10. It looks remarkably like the flagship phone, right down to the all-metal build and chamfered edges.

Like the Bolt, the 10 evo has also abandoned the 3.5mm headphone jack. Users will have to get their music listening done through the BoomSound Adaptive Audio USB-C earphones. The brand’s equipped the accessories with the ability to analyze the inner shape of a person’s ears in order to output personalized sound tailored specifically for the user.

Other than appealing to audiophiles, HTC’s also trying to add to the phone’s charms by increasing its ruggedness. The company’s blessed it with IP57 certification for protection against water and dust, in addition to making sure it passes drop, scratch, bend, climate, corrosion, and submersion tests.

Here’s a neat look at the HTC 10 evo’s specifications:

We’ll let you know more about the HTC 10 evo’s availability and cost the moment it starts hitting markets.