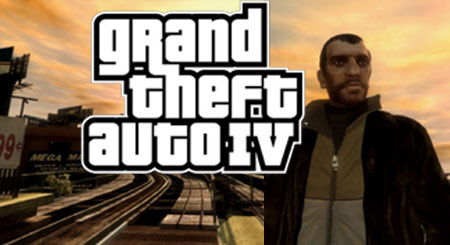 Everyone was waiting for the Grand Theft Auto IV trailer just to get a sneak peak into the latest installment of the hugely successful game. Well, the trailer was released and it sure did satisfy that impatient and curious side most gamers are known to have! Well, now, thanks to gta4.net, the game’s official fan page, you can get to know more about this soon-to-be released game. Warning to gamers: You will have to wait until the game actually releases to feel danger by your side. But nevertheless, this bit of information will keep you going till then!

The protagonist’s name in GTA4 is Niko Bellic. He’s an Eastern European immigrant who arrives in Liberty City to live the “American Dream”. In GTA4, look out for a much bigger version of Liberty City as compared to the one that you saw in GTA III.

Now, that you know who you’ll be playing, let’s move onto the famous landmarks in Liberty City. Well, for starters, the GTA IV equivalent of the Statue of Liberty is called the Statue of Happiness, and DUMBO (Down Under the Manhattan Bridge Overpass) is known as BOABO (Beneath the Offramp of the Algonquin Bridge Overpass).

You’ll also notice that Liberty City’s pedestrians are much more realistic when compared to previous Grand Theft Auto games. They just act like any other pedestrian, sitting on benches, smoking cigarettes and reading books.

Apparently, both versions of the game for Xbox 360 and PlayStation3 will be identical. But, the Xbox 360 version will have exclusive downloadable episodic content. GTA IV will also have a multiplayer option, but it won’t be a MMOG, says Dan Houser. Another new feature added is that after an initial load sequence, the game will never load again. Not even during exterior-interior transitions (and vice-versa).

Since the trailer mentioned that this time around “Things will be different”, you must be wondering what- apart from the above mentioned changes- will be so different in GTA IV. Well, here it comes. In previous GTA games, you must have noticed that you were like a slave as you had to take orders from people when completing missions. Before you yell “Down with the Slaves”, read on, because there is still an element of that in GTA IV, however, you CAN chose how you want to spend your time.

For instance, you can choose what you wish to do. You can hang out with a particular girl or guy because she or he is fun to hang around with. You can then actually call them up and hang out with them.

So, as you can see, in Grand Theft Auto IV, you’ll be given a whole new level of freedom, choice and much more sense of control over your destiny. It’s a whole new experience, with new ways of interacting with the characters and the game world.