The new Google Nexus 7 that is slated to be made available in the US this month itself, has shown up on some online retailers in the UK where its 16GB variant is priced at £199.99. Although this Nexus is already up for pre-booking, those in the country who place their orders will have to be patient as it will be shipped to them on or after September 13, 2013. The 32GB model of the tablet has been slapped with a label of £239.99.

This all new Nexus 7 marks the debut of the latest Android platform, that is, Jelly Bean 4.3 which can be expected to bring an enhanced and intuitive interface to the table. As the name suggests, it continues to offer a multi-touch real estate spanning 7 inches diagonally. The LED-backlit screen reinforced with a coating from Corning can project clear, HD visuals in a resolution of 1920 x 1200 pixels. Its front panel also plays host to a 1.2MP webcam for facilitating video conferencing on the move. 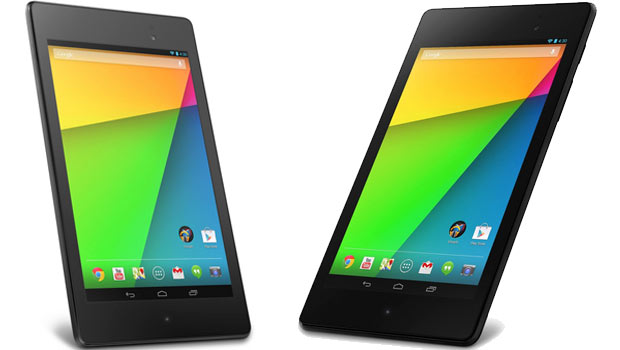 Unlike its predecessor, the new slate has been blessed with a 5MP rear camera as well. A 1.5GHz quad core Qualcomm Snapdragon S4 Pro 8064 processor hides under the hood along with 2GB of RAM to take care of the internal working of the gadget. And all of these components are crammed into a light in weight form factor with dimensions of 200 x 114 x 8.65 millimeters.

Furthermore, the Nexus 7 boasts of most of the common features like Bluetooth, Wi-Fi, NFC and USB connectivity amongst others. Complete with the essential sensors, the slab powered by a 15Wh lithium-polymer battery can be charged wirelessly too. It can cough up usage time of up to 9 hours at a stretch.

The tablet is up for pre-order through PC World and Currys in the UK for the aforementioned prices, reports Android Central.