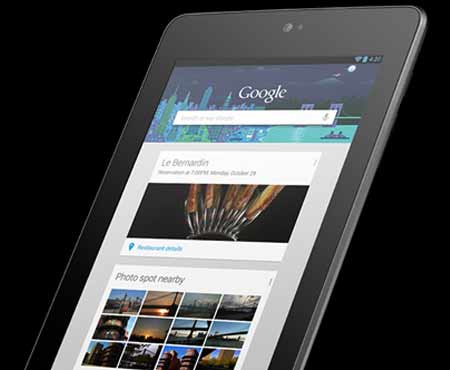 Google seems to have pulled up its socks to take on the upcoming iPad mini 2 as the search engine giant is expected to introduce the new Nexus 7 in the US at the I/O next week, attached with an entry-level price tag. Although it is just a rumor, it seems like a logical one because it is believed that the Cupertino-based company has delayed the second iteration of its mini gadget.

This report regarding the impending debut of the new Google Nexus 7 was revealed by Ming-Chi Kuo, says AppleInsider. The analyst reveals that the device manufactured by Asus will be loaded with bumped up specifications such as a high-resolution display, an improved camera and wireless charging capability amongst others. But what needs to be noted is that the device is said to take inspiration from its predecessor and will not dig a deep hole in the pockets of those who will choose to lay their hands on it. 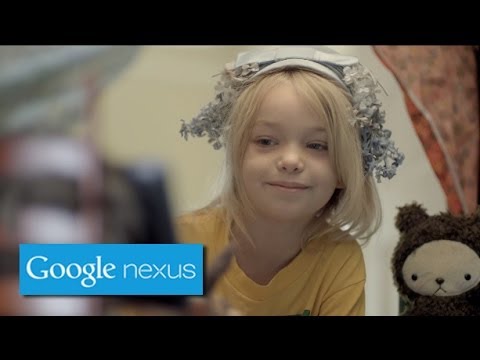 Reportedly, the slab’s front panel will be dominated by a 7-inch multi-touch LTPS display capable of delivering high definition visuals in 1980 X 1200p resolution. A 5MP camera with the ability to record good-quality HD videos will be placed on the rear side. The multitasking capabilities of the device can be attributed to a Qualcomm Snapdragon S4 Pro processor and it will draw power from a 4000mAh battery. Interested users who were pinning their hopes on getting a taste of the upcoming Android 5.0 Key Lime Pie platform, will be a tad bit disappointed as the tablet is expected to rock the Jelly Bean 4.3 OS.

The low retail tag of the slate will apparently result in a loss of around $5 to $10 per unit for the company, but it looks forward to covering it up with revenues obtained from media purchases as well as advertisements. As far as the distribution of the tablet is concerned, it too will remain the same. The slab’s basic model will be up for sale through the Play store, while the manufacturer and other major retailers will concentrate on its high-storage variants. 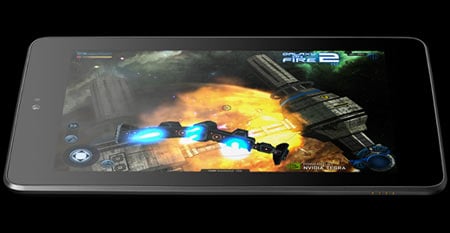 As we have already mentioned, the new Google Nexus 7 is expected to be launched in the US at the I/O next week and will supposedly carry a price tag of $199.

Leaked specifications of the tablet: