A new camera from Fujifilm has entered the arena in the form of the X-T1, and with its adoption of weather resistant offerings, it seems this attribute is fast becoming a trend among camera-makers. This rugged piece of machinery will be made available in the US next month, with its body-only price set at $1,300.

As you may have guessed by now, the Fujifilm X-T1 is an interchangeable lens camera which supports Fujinon XF and XC lenses. A standard 18-55mm f/2.8-4 kit lens will take its price up to $1,700. One of the highlights of this shooter is its large 2.36M-dot OLED viewfinder which is claimed to possess the world’s highest magnification for a digital camera. 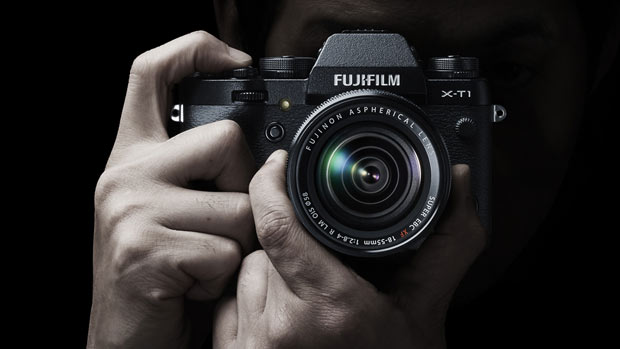 This compact shooter kicks in a 16.3MP APS-C X-Trans CMOS II sensor and an EXR Processor II. The latter enables the Fujifilm X-T1 to dish out a startup time of just 0.5 seconds and a shutter time lag of 0.05 seconds. And moreover, it also allows the camera to provide tracking autofocus on its 8 fps burst mode.

Coming to the shooter’s weather resistance offerings, it comprises of over 75 points of weather sealing. And although XF and XC lenses are compatible with it, a whole new range of weather-resistant lenses will also be released by Fujifilm sometime later this year. These include 18-135mm f/3.5-5.6, 16-55mm f/2.8 and 50-140mm f/2.8 optics.

The X-T1 even features Wi-Fi connectivity and a 3-inch, 1.04M-dot tilting LCD is which has been reinforced with tempered glass to protect it from falls. This new camera supports the SDXC UHS-II format which grants about twice the speeds which conventional SD cards do.