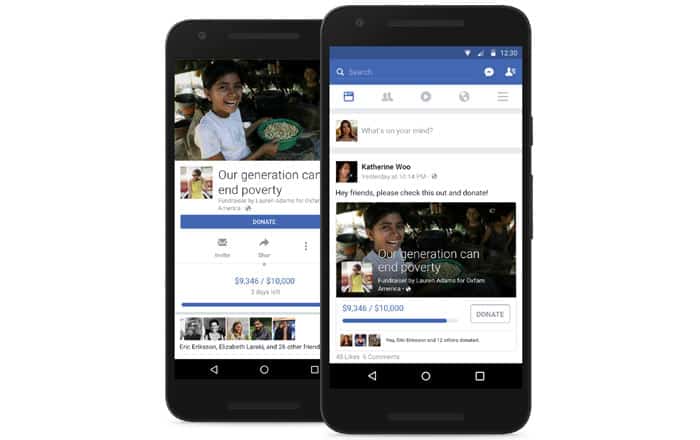 The ever-growing array of Facebook features has just been blessed with a new one which will enable anyone to start raising money for charity. As one would imagine, there are tons of limitations and safety measures associated with this addition, given that real money is involved.

To start with, you cannot start a charity campaign if you’re outside the US. Yes, this feature has only been made available for Americans for the time being, and it’s so limited that only percent users from the country are currently able to access it. We’re guessing Facebook will expand its reach gradually in the coming days.

All those who wish to create a personal fundraiser can only do so only for 501c3 nonprofits (these are basically charities that are approved by the US government) which include The Nature Conservancy, Alzheimer’s Association, Oxfam and more. Once the fundraiser is set up, your friends will be able to donate money without having to leave Facebook.

This is the best part about the tool, as visiting an external website for paying money usually puts people off. The team behind this feature has also found out that people are more likely to donate to charities if someone they know asks for help using their own stories or pictures. This could be the main reason behind the introduction of this trait.

Facebook does get a cut from whatever is donated, but the company steers it towards costs associated with vetting nonprofits and fraud protection. This takes up 5 percent of the donated amount, which means 95 percent goes to the intended beneficiary.