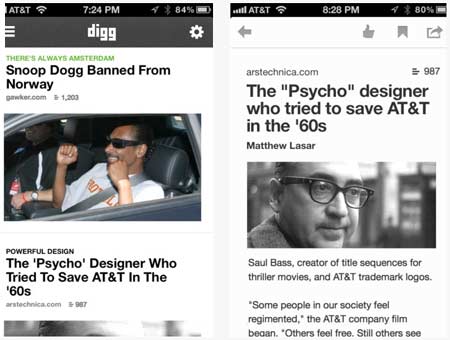 A few weeks after grabbing the old Digg by the scruff of its neck and promising a change, the News.me developers are back with the new Digg v1 offering the ability to share via Facebook, Twitter and email. And it’s not getting left behind in the mobile space either, with an iOS version for iPhone, iPod and iPad also on the table.

Starting with the building blocks first, the entire six-week overhaul of the social news website was executed with the idea of presenting a cleaner and image-friendly interface that does away with advertisements. Of course, that doesn’t mean users can expect an ad-free Digg forever. The developers will obviously need to work on a monetization strategy for the future, in order to survive.

“While today’s launch is a milestone for us, we’re more excited about what’s coming next. We’re proud of what we’ve built over the last month and a half, but today is just the beginning. Hello world, welcome to v1,” says a post announcing the unveiling, on the official Digg blog. 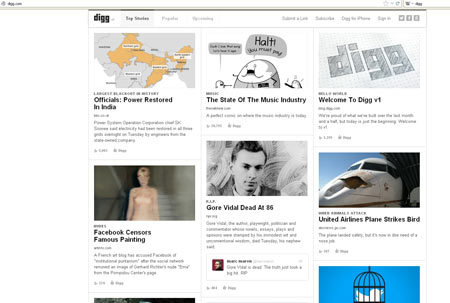 In terms of the overall design, the Diggbar, or the Newsbar, has been tossed out of the window. Newswire has reclaimed its title as Upcoming and accompanies the Top Stories and Popular views. Another very important change is the Digg score that now considers tweets and Facebook shares too. Lastly, though a commenting facility hasn’t been included as yet, there are plans for integrating one soon enough.

The new app for iOS can already be downloaded through iTunes. Those who don’t have an iDevice need not fret about staying out of Digg v1 when on the move since the developers have also built a mobile version of the website.