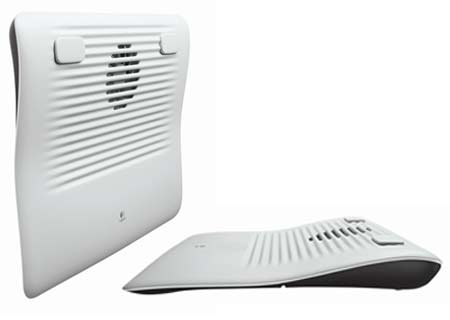 There’s no doubt that continuous usage of heavily loaded computing solutions results into unsubstantial aeration. And Logitech’s laptop cooling solutions such as N100 have always helped us deal with such episodes. The company now follows the same route by unfurling its latest cooling pad dubbed N120.

The sleek and stylish accessory features a virtually silent, USB-powered fan that cools off consumers’ laptop computer and gulps down less power. The elegantly carved out N120 stands apart for its satiny appearance accompanied by an ergonomically designed slotted surface. The latter one assists in stamping out heat and distribute air evenly without making any noise.

“Laptop and netbook adoption is growing exponentially in India. Added to this, with increased Wi-Fi penetration, more consumers are using these computing devices in unstructured spaces such as couches and beds for a better and comfortable experience,” commented Subrotah Biswas Logitech’s country manager for India and South West Asia. “An energy-efficient cooling pad becomes very critical in such scenario to avoid overheating, slow device performance and even furniture damage. Logitech Cooling Pad N120 has been designed based on this deep understanding of how people want to use their laptops without sacrificing comfort.”

The new cooling pad from Logitech’s box integrates durable construction which intelligently safeguards the internal fan from dust and damage. Compatible with PC and Mac laptops, the N120 can also support up to 39cm laptops.

Apart from this, the employment of rear air intake helps the device maintain a steady, unobstructed airflow.