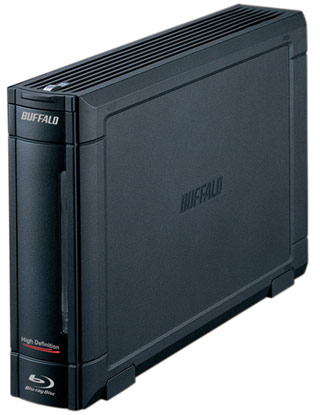 Buffalo has announced the launch of its external as well as internal 8x Blu-ray burners. The internal burner BR-816FBS Blu-ray drive and external BR-816SU2, both the devices are based on the Panasonic SW-5584 BD burner.

Unfortunately, both the Blu-ray burners will go on sale only in the Japanese market. The devices are expected to be made available by next month. The internal BR-816FBS blu-ray burner will cost 39,100 yen, while the external BR-816SU2 burner will carry the price tag of 44,500 yen.

The arrival of Blu-ray burners will let users store and enjoy the content of 25GB on single layer and 50GB on dual layer discs. The huge capacity of the new Blu-ray discs is not only useful for storing multimedia files but also it can be utilized for back up purposes.