New Black Xbox 360 Elite Console by Microsoft on its Way 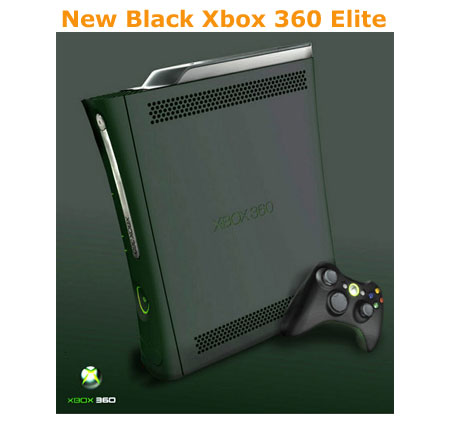 A new black Xbox 360 console by Microsoft could be on its way. Sometime back there were a lot of rumors going around about a new version of Xbox 360 in the works which had a HDMI support and a higher capacity hard drive.

This April issue of Game Informer magazine, claims that there is indeed a new black Xbox 360 and even has an image of a black Xbox 360 on it front cover. The new black Xbox 360 console dubbed the Xbox 360 Elite is said to include a 120GB HDD, matching black accessories, HDMI output and HDMI cable. This new Xbox 360 would cost approximately $479.

At first everyone thought that this could be a Aprils Fool’s jokes which some gaming magazines have been known to play but gaming blog, Kotaku later confirmed this news by Matt Helgeson, senior editor of Game Informer, who said, as a rule they don’t post fake news stories in their April magazine.

Apart from the hardware upgrade the Xbox 360 Elite will come in a whole new package with the case, controller, and Live headset all being in black color.

Also exactly when 120GB / HDMI will become the standard for Premium is yet not known but it is estimated to be late summer or fall.

The Xbox 360 Elite models run cooler than normal 360s, but they are not yet confirmed to have 65nm chips. We may still see a price cut on the line when 65nm chips start shipping. The HD DVD drive will not be internal or bundled.