Asus India has announced the release of a brand new ZenFone 5 smartphone which goes by the model number A501. This handset is priced at Rs 7999, making it the cheapest option in the series and to bring the rate down, a few components have been downgraded.

The Asus Zenfone 5 A501 smartphone looks exactly the same as the other variants and the only difference here is that instead of the 1.6GHz dual core Atom Z2560 processor, the handset comes with a 1.2GHz dual core Intel Z2520 chipset. And you won’t get 16GB of internal storage, but just 8GB of flash memory. 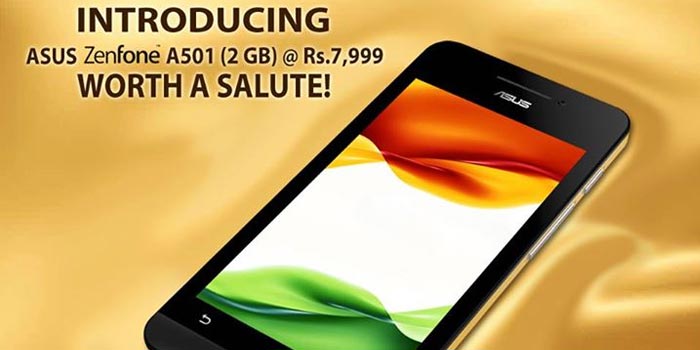 There’s also a microSD card slot onboard and the remaining components have been left untouched. The phone comes with a 5-inch 720p HD IPS display and a 2MP front snapper that are under the protection of Corning Gorilla Glass 3. On the rear, there’s an 8MP camera, while the internals comprise of a 2110mAh battery, 2GB RAM and dual SIM card slots.

The new Zenfone 5 model is certainly a better deal compared to the A502CG Lite version which offers a lower resolution screen and just 1GB RAM. But the latter does have its advantages as you get a larger battery of 2500mAh capacity and KitKat out of the box.

The Asus Zenfone 5 A501 smartphone with 8GB storage can be purchased exclusively through Flipkart in black and white colors.