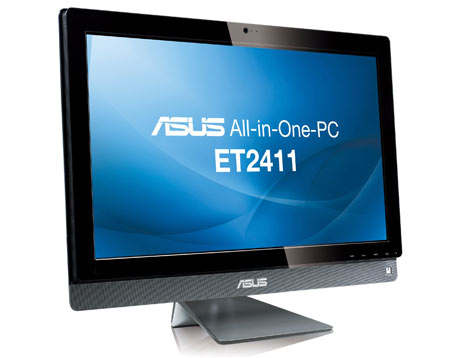 Carrying on them a number of advanced features, fresh ASUS All-in-One PCs have made their trip to India in the form of four distinct models. Said to have been equipped with stylish, ergonomic and space-saving designs, these PCs have all been enhanced with the ASUS SonicMaster Technology which grants them improved audio clarity, louder volume and detailed sounds. While two of these AIO hardware are being offered with usual screens, the other two kick in touchscreen monitors.

The model names of the four computers are ET2012IUKS, ET2012IGTS, ET2210INKS and ET2411INTI. First among them is the most basic of the lot. It comes with an Intel G640 processor, 2GB of RAM, 500GB storage and an onboard graphics card. Its screen is a 20-inch one, and does not feature touch-based feedback. The PC that does offer a 20-inch monitor with touch interface is the ET2012IGTS which runs on an Intel i3 2120 chipset, and carries on it 4GB of RAM, a 500GB hard drive and a 1GB AMD HD7470M graphics card. 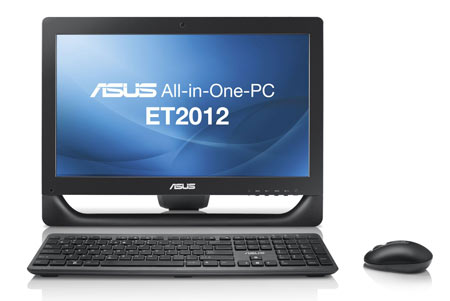 Next among all the new ASUS All-in-One PCs is the ET2210INKS which again does not proffer touch feedback on its 21.5-inch display. Aside from a Core i3-2120 processor, 6GB (2G+4G) of RAM, a 1TB SATA hard disk and a 1GB Nvidia GT610M GPU also make their way into the whole setup. Lastly, the ET2411INTI will offer its buyers the benefits of an Intel core i5-3450 chipset. It comes with a 23.6-inch touchscreen monitor, and also possesses a subwoofer among its offerings. A 1GB NVIDIA GT630M graphics card, 6GB of RAM and 1TB of storage are some its other highlights. 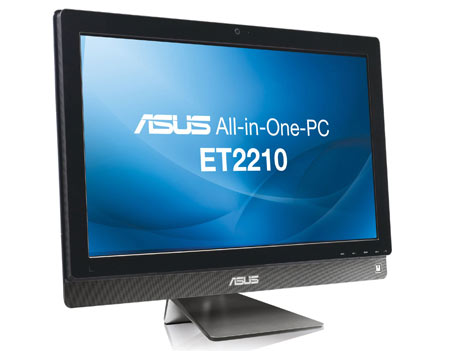 Each of the new models in the series will be offered by the company with 3 years worth of onsite warranty. Vinay Shetty, who’s the country head of the component business department in Asus (India) has revealed that the manufacturer will be targeting smaller cities rather than metros with these new products. That’s owing to the apparent fact that the latter regions are saturated markets for these computers. The ET2012IUKS variant from the new range of ASUS All-in-One PCs has been priced at Rs. 30,000, whereas the ET2012IGTS model is placed at Rs. 44,400. The ET2210INKS and the ET2411INTI on the other hand, cost Rs. 43,000 and Rs. 66,600, respectively.