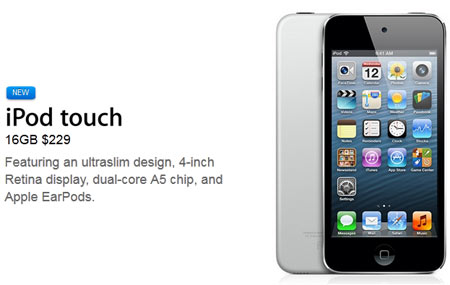 While everyone’s speculating about an upcoming iPhone and iPad, Apple has gone ahead and quietly made available a new 16GB iPod touch in the US and the company is offering the iOS powered media player at a quite reasonable price of $229. There’s a slight catch though. Unlike previous and current generation models which carry a primary camera, this piece of hardware doesn’t have any imaging sensor on the rear.

On the bright side, the 16GB touch retains its front-facing 1.2MP FaceTime HD snapper which can record videos in 720p at 30fps. The guys over at The Verge point out that the company has even eliminated the loop holder which allows users to attach the wearable accessory to keep the device close at hand. Clearly, the fresh release is aimed as a cheaper alternative to its high-capacity siblings. 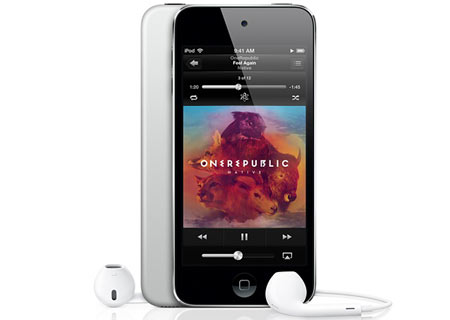 With the launch of the fifth generation series, the Cupertino giant started to offer its media player in 32GB and 64GB flavors only. These models went on sale for $299 and $399, respectively, and are still available for the same in 6 color options of black, silver, pink, yellow, blue and red. The latest one, however, comes in a silver and black combination shade only. Apart from the missing components, the visual appearance of the device hasn’t changed.

The gadget still measures 6.1mm thick and weighs a good 86 grams. It is powered by a dual core A5 processor and packs in an IPS Retina display that spans 4 inches diagonally with a resolution of 1136 x 640 pixels and a density of 326ppi. Additionally, there’s an oleophobic coating to reduce finger print marks. Users will even have access to the personal voice assistant Siri. On a single charge which takes approximately 4 hours to complete, the device is capable of delivering up to 40 hours of music listening or around 8 hours of video playback.

The new 16GB iPod touch is available for purchase through the Apple online store at the aforesaid price. The device is expected to ship within 24 hours and it can also be picked up on EMI. 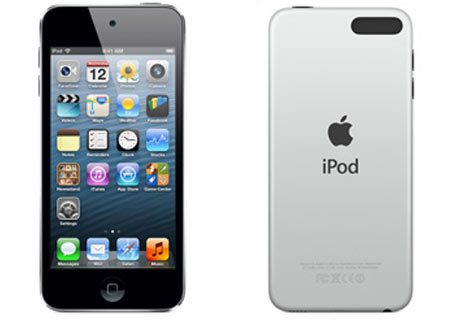