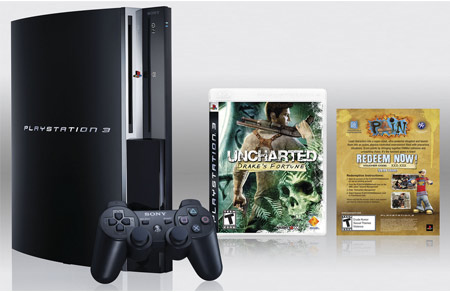 The latest PS3 bundle will include Uncharted: Drake’s Fortune game, a PlayStation Network voucher for PAIN, and a DualShock 3 wireless controller.

“Consumers also are utilizing PS3 as an entertainment hub for their digital media, placing content such as their entire music collection on the hard drive. The 160GB PS3 system addresses this growing consumer demand in a compelling bundle that delivers significant value,” Tretton added.

The limited-edition Uncharted: Drake’s Fortune PS3 system bundle is expected to be available in the North American market for $499.99. 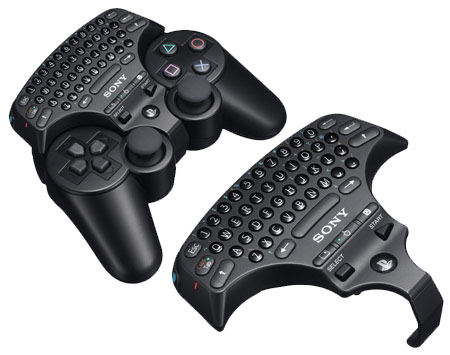 On the other hand, the Wireless Keypad will be available in Japan, Europe and Asia by end of 2008. The keypad is especially designed for SixAxis and DualShock 3 wireless controllers and can easily be attached or removed.

With the help of the keypad gamers will be able to enjoy text chat communication more easily and comfortably. The peripheral supports text chat in PlayStation Home as well as it makes the games more interactive. It incorporates two shortcut buttons, a Communication Button and a Message Box Button which are placed on the lower part of the Wireless Keypad. These shortcut buttons allow users to jump to pre-set features on XMB (XrossMediaBar) such as “Friends” and “Message Box” during game play.

Besides, the Wireless Keypad features Bluetooth functionality. While a Touch Pad Button allows PS3 gamers to use the entire surface of the keypad as a touch pad. Also Sony announced that exclusive softwares supporting text chat are scheduled to release by end of the year.