In what could help paralyzed people to use their mind to operate a smartphone in the near future, Elon Musk-run brain-machine interface company Neuralink on Friday posted a YouTube video where a monkey can be seen playing a video game by navigating an on-screen cursor using his mind.

Pager, a nine-year-old macaque monkey, had a Neuralink chip implanted about six weeks before the video was shot.

The monkey was first trained to play the Pong video game with a joystick for a banana reward.

The Neuralink device recorded information about which neurons were firing as the money played the video game. 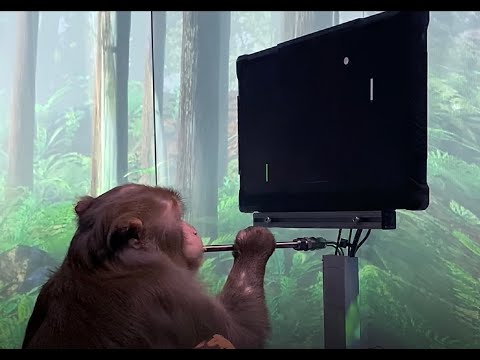 Later, the joystick was removed, and the monkey was still able to play the game using only his mind.

“A monkey is literally playing a video game telepathically using a brain chip,” Must said in a tweet on Friday.

“First @Neuralink product will enable someone with paralysis to use a smartphone with their mind faster than someone using thumbs,” he added.

Musk further added: “Later versions will be able to shunt signals from Neuralinks in the brain to Neuralinks in body motor/sensory neuron clusters, thus enabling, for example, paraplegics to walk again”.

In February this year, the Tesla CEO revealed that a monkey has been wired up to play video games with its mind.

Musk said that Neuralink put a computer chip into the monkey’s skull and used “tiny wires” to connect it to its brain.

Musk, who also spoke about space travel, colonies on Mars, crypto, Artificial Intelligence (AI) and Covid-19 vaccines, said Neuralink is trying to figure out if it can use its chips to get monkeys to play “mind Pong” with each other.

“That would be pretty cool,” said Musk, who is CEO of Neuralink, in addition to SpaceX and Tesla.

Headquartered in San Francisco, Neuralink’s team of around 100 people is trying to develop an implementable computer-brain interface.

The aim of Neuralink is to increase the rate at which information can flow from the human brain to a machine.

In 2020, the company publicly shared a wireless version of the Link that was able to stream 1,024 channels of action potentials (also called “spikes”) wirelessly and in real time.

“We demonstrated its functionality by recording somatosensory (touch) signals in pigs exploring their environment. The electrodes were placed in a part of the brain involved in processing signals from the pig’s exquisitely sensitive snout. As it snuffled about, the responses of the neurons to sensory cues could be readily observed,” the company explained.