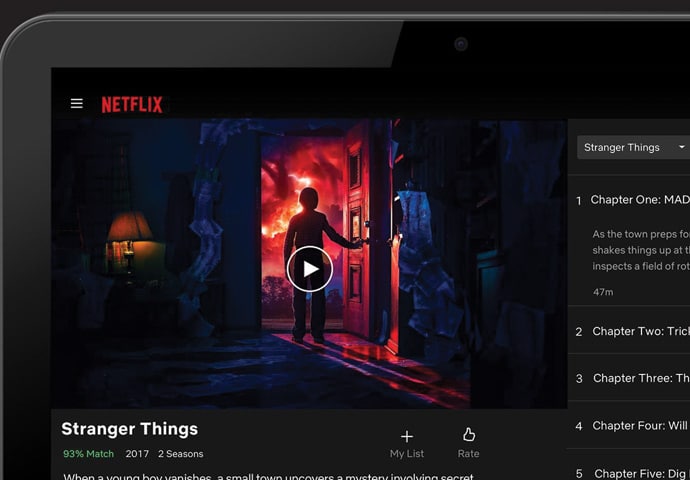 With “Downloads for You” enabled, the Netflix app will download recommended TV shows and movies to your mobile device based on your tastes, as determined by user’s Netflix watch history.

The feature has been rolled out for Android users initially and the version for iOS is in the works and will arrive later this year, reports TechCrunch.

After turning on the feature for the first time, users will be able to select the amount of storage space they want to dedicate to saving these recommended downloads on your device — either 1GB, 3GB or 5GB.

The downloads will then take place when users are connected to a Wi-Fi network, and will contain a mix of recommendations that Netflix believes users will like.

Typically, the app will download the first few episodes of a TV show. Users can also cast the downloaded content to a nearby TV, where it will stream directly from your phone.

Users can also delete watched episodes or movies from the device to free up more storage space.

Netflix notes its full catalog is available for download, not just its own original content. However, there will be some titles with download limitations due to licensing restrictions.

The company said that it began testing Downloads for You in late 2020.