Spry Fox, the studio behind game titles such as the MMO Realm of the Mad God, the word game Alphabear and Cozy Grove, is the sixth gaming company to be bought by Netflix, following the acquisition of studios such as Boss Fight Entertainment and Next Games. 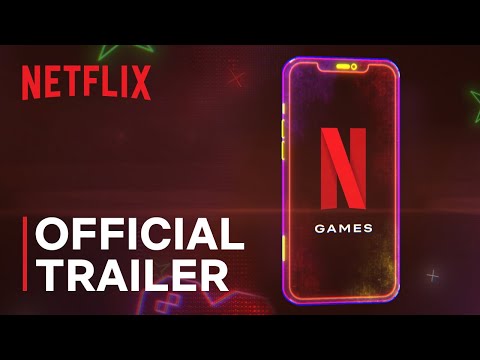 Netflix Games, which is included in Netflix subscriptions, was officially launched in November 2021 as the streaming service strived to diversify its customer offering by taking advantage of the boom in mobile games. The games can be downloaded and played on Android phones and tablets, along with iPhones and iPads. The move into gaming is a reaction to Apple’s launch of Apple Arcade in 2019.

Netflix has capitalised on the popularity of Stranger Things by launching a game based on the third series entitled Stranger Things 3: The Game and designed by BonusXP. However, Netflix games are struggling to find traction with subscribers. In August 2022, the service had an average of just 1.7 million daily users, with total game downloads registering a disappointing 23.3 million. These figures compare poorly with worldwide subscribers to Netflix numbering over 220 million.

Nevertheless, the overall gains in subscribers mean that Netflix can continue its patient mobile gaming strategy by building up its stable of games studios while remaining committed to the online streaming model.

Netflix had to contend with a fall in overall subscriptions in the first quarter of 2022, although as this ExpressVPN article reveals, the huge popularity of the series Stranger Things helped the company turn things around in the third quarter. This demonstrates the resilience of streaming services such as Netflix as the company was able to win back the subscribers it had lost in the first six months of 2022 and add additional members.

There has been speculation that the decision by Netflix to release the film Glass Onion: A Knives Out Mystery in cinemas before appearing on the streaming service signalled a possible change in direction for the company. But the film, which stars Daniel Craig, Madelyn Cline and Kate Hudson, does not represent a change of strategy for Netflix. Ultimately, perhaps buoyed by the excellent subscription numbers, the film, which will be available on the streaming service on the 23rd of December, will only be shown at 638 cinemas in the US. It had originally been thought that the movie would be shown at a greater number of theatres, but the idea was quashed by the company.

The streaming service is also experimenting with its gaming offer. Netflix has added the interactive film video game Immortality to its free-to-play catalogue. The game, developed and directed by Sam Barlow, is rated as one of the hits of 2022 and has been nominated in the Ultimate Game of the Year and Best Storytelling categories of the Golden Joystick Awards.

There are plenty of signs that the company is using a varied approach in its search for success in the gaming market. A recent Netflix job listing has created speculation about further innovations. The ad, which announced positions for a game director, art director, and technical director to work at the Netflix games studio in Los Angeles, included details about a project for a “brand-new AAA PC game.” While the project has not yet been officially announced, it raises the prospect of further original game releases.

With the mobile games market projected to be worth almost £185 billion globally by 2027, the investment in gaming studios could pay off for Netflix in the long run. Fortunately, the huge subscriber base means that the streaming service can afford to take its time.