It took merely 27 hours for the Kickstarter of the Neptune Pine smartwatch to meet its funding goal, and the interesting looking device already has a few stretch goals to look forward to. If you’re wondering what this small gadget could hold in its store to differentiate itself from other similar products out right now, it’s the fact that it doesn’t need to be paired with any other device in order to work, as it is a phone in itself.

The Android-equipped Neptune Pine started its journey on Kickstarter on November 19 with a goal of achieving $100,000. 27 hours later, the amount was surpassed, and stretch goals aimed at adding more connectivity options to the smartwatch were introduced. And with 30 more days to go for the crowd-funding campaign to end, it looks well poised to achieve them. 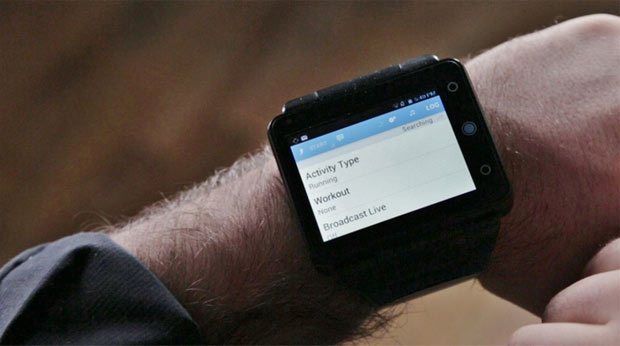 Founded by a 19-year-old entrepreneur named Simon Tian, Neptune Computers has developed the Pine in such a way that it aims to be the world’s most connected standalone smartwatch. This is justified by the fact that it’s capable of placing and receiving phone calls, letting you browse the Internet via Wi-Fi or 3G, providing you with smartphone functions likes GPS navigation, video chat, gaming and more.

Running on a dual core 1.2GHz Qualcomm Snapdragon S4 processor, the Neptune Pine smartwatch holds a 2.4-inch QVGA capacitive touch screen on its front end. A microSIM slot is present on it as well, apart from 32GB worth of mass storage.

You need to pledge at least $199 on the Neptune Pine Kickstarter page in order book one for yourself. Take a look at the video below to know more about the device.