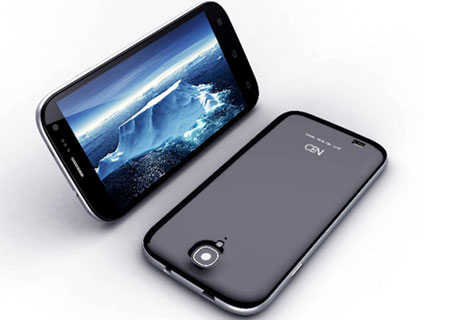 The Neo N003 price will only be 899 yuan in China (that’s about $145 American), making it the world’s cheapest smartphone to have a full HD 1080p display. A few months ago we started seeing the first handsets with this HD screen resolution. They were tagged high-end, and soon nothing else was good enough. Every time there is a leak or a rumor, or an official reveal, negative feelings creep in because the device displays visuals at just 720p. It doesn’t matter what the other specs are.

It is here to change that; those negative perspectives at least. The rest of its hardware components don’t necessarily warrant really high-end tagging, but they aren’t meager either. They’re something of a halfway house between top notch models such as the Sony Xperia Z and lower ones which sport corresponding screen resolutions and equally mid-range specs.

The device in question was seen in December last year, but not much was known then, although a few features came to the fore. At some point, people were of the opinion that it would get a release in January this year. Either way, it is now expected the handset will have for a processing heart, a quad core MediaTek MT6589 CPU running at 1.3GHz. The 5-inch display will be capable of outputting visuals in 1920 x 1080 pixel resolution.

From the rest of what’s known, it should have a 13MP snapper on the back (presumably with an LED flash) as well as a fairly graceful 3MP front camera. 1GB of RAM will keep processes honest. Lastly, there should be a large 3,000mAh battery powering the device.

It seems like the eastern side of the world is more likely the place of choice for things like this; the cheapest full HD smartphone. Earlier we saw the world’s ‘smallest and lightest,’ the Phone Strap 2, which is so tiny that most people might find it hard to operate. A throwback to a now cool but defunct era is the retractable (or extendable) antenna.

Whether or not the Neo N003 will be made available in other markets is not known at present, but at that value, it really seems like a bargain. Android Authority is reporting that there will be a slightly higher-end model as well. The real question is: ‘how well does the manufacturer expect other countries to receive it?’