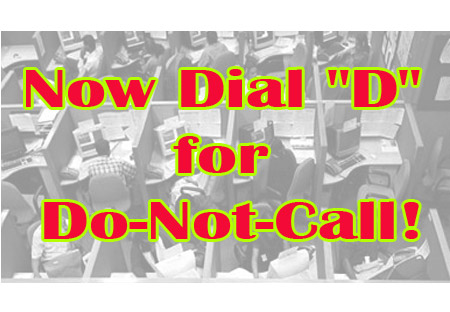 One of the most irritating things that have come in the wake of the digital era is perhaps the innumerous promotion calls that we keep receiving incessantly. Infact, I too have had this truly annoying experience lately, wherein after placing a job recruit ad in the local newspaper, ironically I got less candidate calls and perhaps thrice the amount of telecallers who wanted to sell their credit cards, bank loan schemes and what not, even jewellary…yes you read it right jewellary!

But there may be a way out of this now. Telecom Regulatory Authority of India (TRAI) has started a National Do Not Call (NDNC) registry from 1st September onwards, thanks to which calls will be made to only those customers who are willing to accept telemarketing calls.

This step by TRAI could give a major setback to the companies that mainly thrive on telemarketing for their advertising and promotions. Telemarketing or outbound call centers are a big sector in the Indian industry today. From 12th standard dropouts to mid-aged people, all can be found in such offices, with their headsets attached to them for 9-10 hours with plenty of calls to make, and perhaps plenty of swearing to receive. The call centre or direct selling agent (DSA) gives their employees a database of phone numbers, which they need to call and sell the products to. If a customer agrees to buy the product that is being sold, then an incentive is given to that telecaller. We do understand that they too are doing the job, but please do not disturb me when I’m doing mine!

Anyways, with this new move, any mobile or landline subscriber, who does not want to receive telemarketing calls, can request their telephone number be included in the NDNC registry. The request can be made through a letter, phone, SMS or on-line and is absolutely free of cost.

In June, TRAI issued regulations on unsolicited commercial communication, which mandated that the NDNC registry be ready for operation from September 1.

According to Economic Times, within five days of the launch of the new registry, more than 5 million mobile users have registered to rid themselves of the menace of hounding telemarketers.

And if you yet insist making a call to someone enlisted in the NDNC roll, then be ready to pay a penalty Rs. 500. And if this continues then one can also face disconnection of their telecom service.