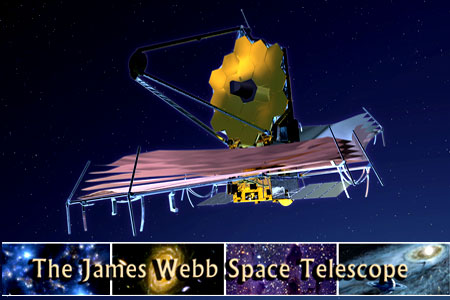 National Aeronautics and Space Administration (NASA) has announced that the James Webb Space Telescope (JWST), which is considered as the successor of the mighty Hubble Space Telescope, is on schedule and will be up by June 2013.

The JWST is to telescopes what the Xbox 360, Wii and PS3 are to video games. It is a Next Generation Space Telescope (NGST). One of the reasons that the telescope has been made is to look back in to time to search for light from the first stars and galaxies that formed in the Universe after the Big Bang. Along with that, it will help scientists find out how the galaxies and stars formed and evolved. This in turn will help us reveal more secrets related to evolution of life on Earth as well as other planets.

The James Webb Space Telescope was supposed to be launched in 2011 but just like every other project of astronomical scale, it too was delayed. Edward Weiler who is the head of NASA’s Goddard Space Flight Center has stated that the cost had gone beyond slightly and they want to make sure that the telescope is made technically correct.

Martin Mohan, Program Manager, Northrop Grumman explains, “We’re making excellent progress in meeting all of our plans and commitments for a mid-2013 launch. There’s engineering to do, but invention is done, more than six years ahead of launch.” He later added that NASA has used all the ten new technologies that were made especially for the James Webb Space Telescope.

Even though NASA had launched the Hubble in 1990, there were some initial issues, which had to be sorted out by astronauts. James Webb telescope will be more powerful and capable than Hubble but will not be as serviceable by astronauts. Instead, it will be made in such a way that future spacecrafts will be able to dock to it for correcting undemanding problems.

James Webb Space Telescope is mostly made out of steel and aluminum and weighs around 12,000 lbs. It is forty feet wide, forty feet tall and eighty feet long. The whole observatory will be launched on the Ariane 5 in 2013. As of now, a model of the next-gen telescope was put on display at the Washington’s National Air and Space Museum.