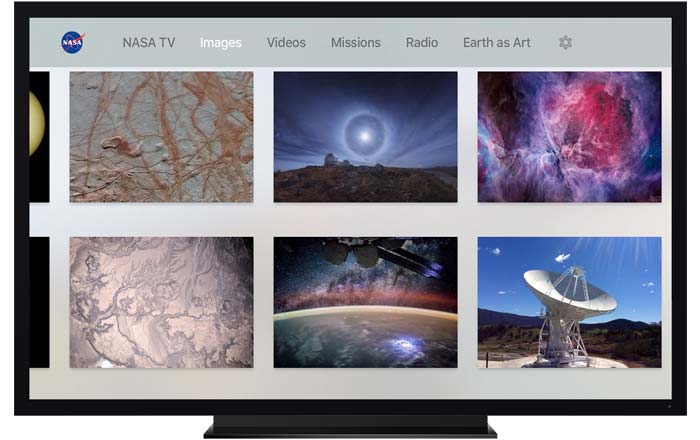 All you space enthusiasts out there who want to view the majesty of the universe from the comfort of your living room are in for a treat. NASA’s cool app has officially lifted off and landed on Apple TV, allowing you unlimited access to all the tool has to offer on a much bigger screen than before.

Note that the NASA app only works with the fourth-generation Apple TV. The application now has a presence across iPhone, iPad, Android and Fire OS. It seems to be pretty popular, going by the agency’s assertion that it’s been downloaded more than 17 million times since its launch.

Like its mobile counterpart, the NASA app for Apple TV boasts of neat features like the ability to tell you when a satellite or the International Space Station (ISS) is passing over your head depending on your location. You’ll also get to know about future sighting opportunities AKA visible passes for the ISS and receive notifications for such events before it comes to pass.

You’ll further get access to over 10000 on demand NASA videos from all corners of the agency, in addition to 15000 images which you can set as a slideshow to add a dash of space to your home. You can even live stream NASA TV and gaze in wonder at a real-time view of the Earth from the ISS itself.

NASA has gone out of its way to make you more engaged with its activities, stuffing the app with 2D and 3D satellite tracking maps, streaming support for its Third Rock internet radio, access to the Earth as Art image gallery, and mission information.

The NASA app is now live for Apple TV and can be downloaded via the App Store.