Naruto Shippuden: Ultimate Ninja 4 set for May release for PS2 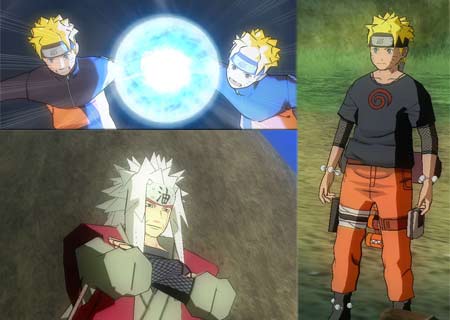 Naruto Shippuden: Ultimate Ninja 4, the game based on the popular anime series has been announced by Namco Bandai Games Europe for PS2. The game has been scheduled for a May 2009 release.

Currently being developed by CyberConnect2, the game will feature a grown up and wiser Naruto along with other characters including Deidara, Sasori and Chiyo and updated versions of “fan favorites” like Gaara, Kakashi and Sakura. In total, gamers will get 52 playable characters to take to the one-on-one ninja battles.

The story is set in the time frame when Naruto returns to his Hidden Leaf Village after two and half years of strict training under his master Jiraya, to save Sasuke from the clutches of Orochimaru.

Ultimate Ninja 4 brings game modes that boast of unique and different play experiences and new Master Mode and that offers a combination of role-playing and action platforming elements. There is also the new Free Battle Mode which lets players collect items to unlock characters.

As Namco Bandai puts it, PS2 players will get “biggest ever roster of Ninjas, and new game modes” from this video game.