The new Snapdragon 808 chipset with its hexa core processor is seemingly ready to go mainstream, since both LG and Sony have reportedly equipped their upcoming smartphones with the said SoC. Proof about these two handsets has popped up through different reports that are also underlining some of their other important specs.

The Snapdragon 808 chipset was first seen on the LG G4 which impressed a great deal with its offerings. It features high-end offerings like an Adreno 418 GPU, X10 LTE support, the ability to shoot 4K videos and Quick Charge 2.0 compatibility.

A new LG handset that has been spotted on the Geekbench database seems to have paired this chipset with 4GB worth of RAM. Surely, this is a very top-end offering we’re looking at. It has even been revealed to be running the Android 5.1.1 OS. 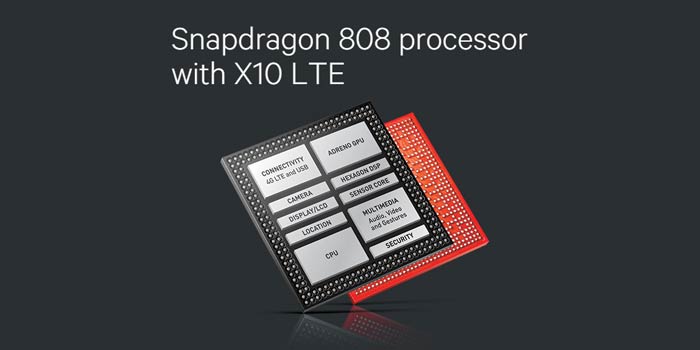 The model name of this device is LG-F600L. Now, the company usually reserves its F series of handsets for the South Korean market, and the ‘Fxxx’ nomenclature has previously been used for the Optimus Vu (F100S) and Optimus Vu II (F200). So let us now see if it’s indeed a Vu phone or is it some completely new handset altogether.

Coming to the mysterious Sony device that has been spotted with the Snapdragon 808 SoC inside it, it has arrived courtesy a leak from China that has been brought to our notice by MobiPicker. The model name is E5706, and it’s touted to be a bezel-less smartphone.

Also Read: This Snapdragon 808 handset may just be the Samsung Galaxy S6 mini

This Sony device will supposedly ship with a 5.8-inch 1080p full HD display, and will grab 3GB worth of RAM as well. Its camera setup is said to include a 16MP main shooter and an 8MP selfie unit.

We’ll definitely be keeping a eye out for any details regarding these Snapdragon 808 handsets from LG and Sony; so stay tuned.