Looks like there’s a new mid-range Xiaomi device in the offing for fans, as clues of a handset named Mi 4c have been found online. Surprisingly, this device has grabbed the high-end Snapdragon 808 chipset, while retaining the other main specs of the Mi 4i which is being sold right now.

The new Xiaomi Mi 4c looks like a decent mid-range smartphone judging by its leaked specs, but its price will be a very important factor. We’re not able to make any predictions on this matter due to the speculation that a Snapdragon 808 chipset has been placed at its heart. For some perspective, this is the same SoC that can be found on the ultra high-end LG G4.

The device’s images and a few specs have popped up through a TENAA listing, while an AnTuTu benchmark of it has also made its way out into the open, thanks to G 4 Games. It’s the latter that has given us a clear idea of the kind of specifications this Xiaomi handset will come equipped with. 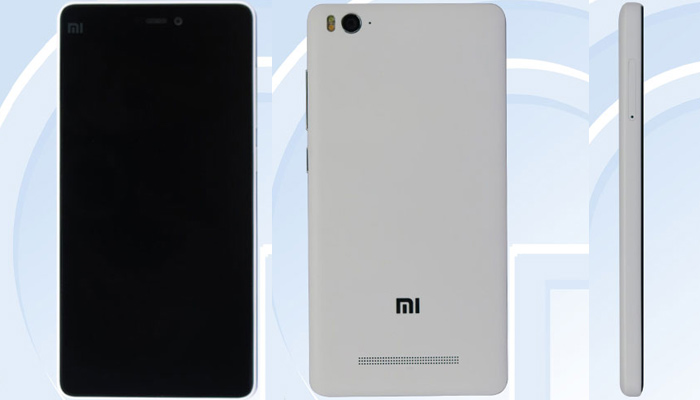 It will apparently retain the 5-inch 1080p full HD display on the Mi 4i which we quite adored during our time spent with the smartphone. It will moreover, run the 5.1.1 Lollipop version of Android which means the ROM here will be the latest MIUI 7.

A 13MP main camera and a 5MP secondary shooter can be expected to form part of this new Xiaomi device, apart from 2GB worth of RAM and 16GB worth of storage space. Like we said, the Snapdragon 808 chipset with its hexa core CPU and its Adreno 418 GPU will supposedly be making its way into the device as well. 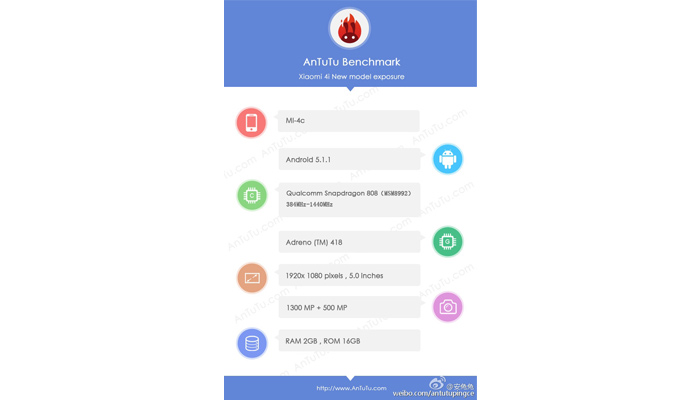 As interesting as the Xiaomi Mi 4c sounds, it’s an equally ambiguous offering at the moment. We’ll try to find more details on it of course; so stay tuned.