Mysterious Sony D6603 appears again, is it a new flagship?

The Sony D6603 first made its appearance back in January where it was considered to be the Xperia Z2 flagship which is now on sale under the model number D650X. So what exactly is the former handset then? Based on previous leaks, the device has some pretty beefy components and many speculated that it could be a prototype. But thanks to a new leak, we’re more convinced that it’s an actual smartphone destined for launch in the near future.

This brings up another question. Sony already has a flagship phone, so why launch another? Back in 2014, the company adopted a dual flagship approach with the Xperia Z and ZL. We suspect that it could be using the same strategy again. Or, the Sony D6603 could be the successor to the Z Ultra and there’s even the possibility of it being the Z2 mini, but we doubt that the conglomerate would go with a 1080p screen for a small phone. 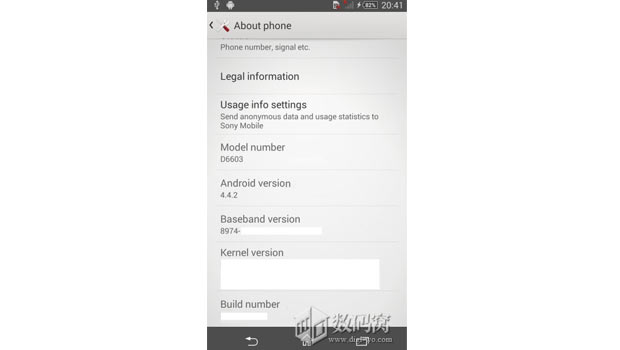 What’s also worth mentioning is that the model number is quite similar to that of the company’s first 2013 flagship, the Xperia Z C6603. The above image comes via Digi-wo. The Sony D6603 was spotted with Android 4.3 Jelly Bean on AnTuTu. And if it does go official, you can expect to see it rock KitKat instead. Powering up the phone will be the quad core Snapdragon 801 MSM8974AB SOC clocked at 2.3GHz and the phone will have 2GB of RAM and a 20.7MP rear camera. Other specs include Adreno 330 graphics, 16GB internal storage and a 2MP front snapper. 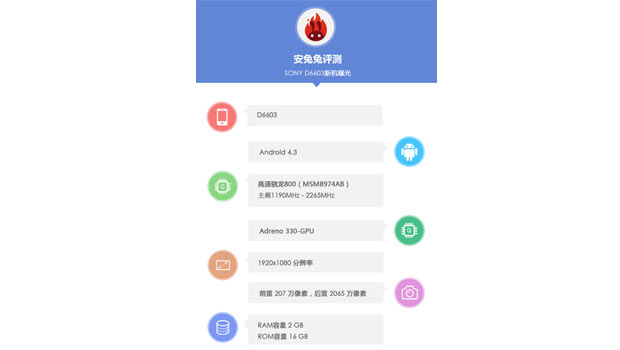 The Sony D6603 remains to be a mystery handset and speculation is all we’ve got for now, until concrete information turns up.