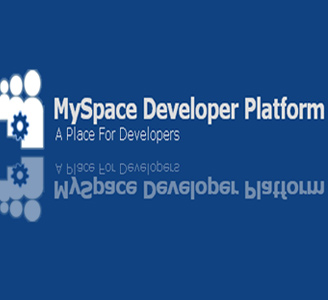 Social networking site MySpace is now going the Facebook way! MySpace has decided to allow third-party developers to sign up for the MySpace Developer Platform, which will be officially launched on February 5, 2008.

Ever since Facebook opened up its pages to third-party developers, a massive increase in the site’s user base was noticed in 2007. Facebook now boasts over 15,000 applications which have been uploaded by developers itself.

Even though Facebook and MySpace may be rivals to each other, everybody knows that it is MySpace which has a larger user base, mainly because of the large number of musicians and fans registered to the social networking site. We had also reported that MySpace was the most popular in the US compared to other sites offering the same services. Also, in July 2007, 23 We had reported about MySpace being the most popular social platform in the UK.

The MySpace Developer Platform will kick off with a workshop in San Fransciso on February 5, 2008.

Amit Kapur, the Chief Operating Officer at MySpace said that the new initiative would give developers “deeper access to our community through APIs so they’ll be able to build richer applications. It’s a natural step in the evolution of how we’ve worked with third-party developers.”