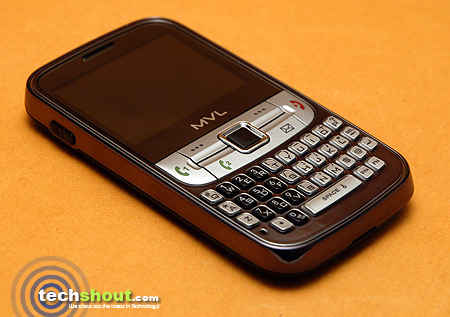 In the past few years, the mobile scenario in India has taken a fresh turn and might we say for the better. There’s a mobile phone to fit not just every palm but every wallet too. It’s packed to the gills with manufacturers rubbing off some very innovative products to the pleasure of enthusiasts. Those who’ve spent a good enough time with the low-cost phones gracing the Indian markets ala companies like Spice Mobile, Fly Mobiles and the more recent INQ, Micromax and others will be more than happy to welcome the most recent entrant in this terrain. MVL’s repeated playing up of the advertisement projecting its new G81 smartphone as the first push-mail centered device in India convinced us enough to pick it straight off the shelf. We couldn’t think of a better way to scan the MVL Mobiles G81 phone other than jotting down a comprehensive review.

A dual-SIM MVL Mobiles G81 phone that came in a good packaging with instant internet connection as the high-spot upped our enthusiasm. The carton encasing the phone in a shiny yet subtle golden scheme only made us add MVL to our list of liked-manufacturers for paying attention to details. The box shipped to us was complete with USB-enabled headphones, a warranty manual, a neat leather case, a charger, USB cable and a user guide CD. A word of caution before you slip the phone into the offered case as it’s much smaller than the phone itself. With the accessory hugging the phone too close for comfort, it was a task getting it in and out.

The appearance of the phone is your regular candybar form factor in a more squarish profile. The materials used to fabricate this MVL offering look at the lower end of the cost scale but it’s a good thing that the phone literally has no idle space and allotted functions make the most of the chassis. Without a doubt, the raised keys hold attention in their netbook key-like placement. The MVL Mobiles G81 phone flaunts a plastic bearing following a black theme which also keeps it on the lighter side of the weighing machine. While the front panel is neat, the annoyingly glossy edges spoil the show and the 2.4” screen is a magnet for smudges and fingerprints which we obviously aren’t great fans of. The display outs a 320 x 240 pixel resolution and we’re putting our guess on a QVGA one. 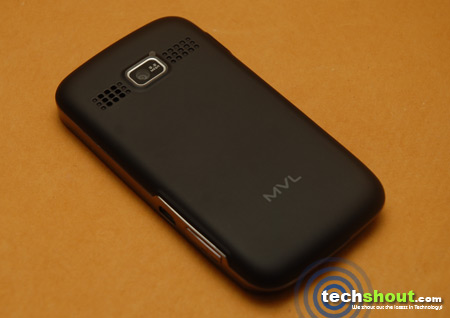 Just below the screen is a dedicated grey portal with a central optical touchpad for navigation, the sensitivity of which could be toyed around with. Looking like it’s been borrowed from the BlackBerry Curve family, it offers support for nifty scrolling to get through attributes. It can get a wee bit over-enthusiastic at times though and reach functions you don’t intend to hit. The touchpad is surrounded by the dedicated buttons in the designated grey space. This area flashes the two separate answer buttons for SIM1 and SIM2 and above the SIM2 call answer button is the shortcut key to the Organizer. To the right of the pad is the back/end button and below it is the shortcut to MVL Connect. The right extreme ends include the call end button.

The right periphery houses a microSD card slot in its lower edge with a USB port just above it. A dedicated camera key finds its place in the upper perimeter of the left side which is not the ideal place for this knob. When we turned the phone over we gained more insights into its light bearing. The rear side has a more rubber feel to it and is surprisingly very smooth. Plush in the center is a 3.2MP camera with speaker grilles incorporated on either side of the lens. The QWERTY-style keys seated on the phone actually reminded us of chiclet keys courtesy their good spacing. Alphabets are separated from the numbers by a color scheme with the former drabbed in silver and the latter appearing in black. It’s more like the dedicated number keypad on a traditional keyboard. If you’re looking for a messaging blower of a smartphone, this isn’t the one to pick. The keys though raised and with good spacing are not as tactile as we’d like them to be and left us with sore fingers quite literally; expect no comfort when keying in messages. The fact that we had to find our way for special characters or constantly switch with the control/Fn didn’t please us either.

The phone’s homescreen is simple and uncluttered and you’d be ignorant if you missed its striking resemblance to the RIM’s BlackBerry portfolio. Network indicators, battery level and SIM card details litter the upper area. The lower half of the interface, the bottom row to be precise is sprinkled with committed shortcuts to functions like MVL Connect, the Opera browser, Nimbuzz and Snaptu. The generous internet supported attributes reflect the phone’s probable intentions towards social networking enthusiasts. The user interface here is more retro and feels a little outdated, considering we’ve moved into more revolutionary operating systems on smartphones now. With push mail still in a nascent stage, a phone committed to this purpose and at the price that it is certainly grabs attention. It’s a pity though MVL didn’t put a thought to making the internet settings easy and we could set up our email accounts only after much prodding. The push ability was up and running for most part though it lagged quite noticeably sometimes. 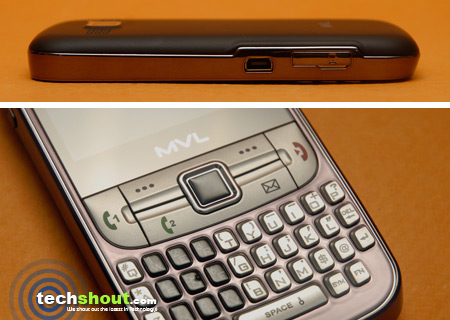 Once on the web, we were quite disappointed to find a much older version of the Opera Mini browser. While the browser wraps in an array of important features sufficing complete web needs, we would have liked if it was upgradable to the newer variant. The incorporated Nimbuzz application that allows instant messaging too was an older edition. There’s nothing fancy about the Messaging, Phonebook and Call logs worth rambling words about. Among the Dual SIM settings are flexible options like Dual SIM open, Only SIM1, Only SIM2 and Flight mode which are self-explanatory. English is in the only language option when communicating and we would have appreciated support for a local language like Hindi.

Customization of the MVL G81 phone extends to configuring the wallpaper, screen saver, themes and tweaking the power settings. The security settings let you set passwords that restrict access to the phone while the included Sniffer should keep track of it in case of a mis-happening. A 2000 contact and 1000 SMS saving capacity may catch the fancy of the highly connected user. After putting it through its paces, the phone survived just about two days with 1 SIM card. A GameCenter includes the option to play games online which you may want to try at your own risk. There’s also a Balloon game under the motion game section. The 3.2MP camera with its limited editing tools does its job well when snapping moments during the day. We wish we could say the same thing about clicking pictures in low light settings and video recording. 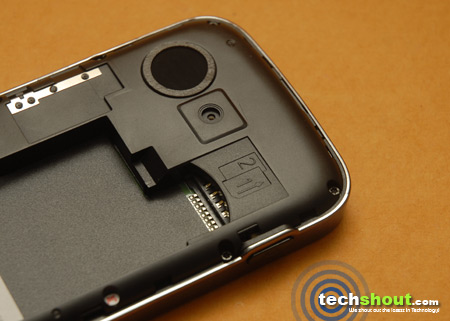 The phone serves up a good battery juice while the display is clear and bright.

This lightweight MVL offering is pocket-friendly in terms of both portability and the price.

The phone isn’t deceiving; it’s quite a BlackBerry clone from not just a distance but also when up-close.

No 3.5mm headset jack makes us want to remind MVL of its wide functionality.

The touchpad is not of the best variety and more often than not had us leaving our imprints on functions we didn’t intend to. It sadly reminded us that it’s an imitation after all.

Despites its limited push mail capabilities, the MVL Mobiles G81 could be a fair buy for users looking at push mail support only when communicating via text. The phone will definitely satiate your smartphone needs if you are on a shoestring budget considering it can be picked for approximately Rs. 4,500. The added dual SIM capability we’re sure wouldn’t hurt either albeit you ignore the few missing features and have patience on your side for left out details. Those looking at a more feature-rich phone might see themselves hopping onto greener pastures. The MVL G81 knocks in with a 7.5 out 10 rating from our side.