Flipkart and Viacom 18 have partnered over exclusive music accessories which will be sold under the MTV Fashiontronix by Soundlogic brand name. The products which will be part of this range include headphones, earphones, power banks, speakers and what not. They are pegged at prices starting from Rs 499 and going up to Rs 10999.

Because it’s MTV and youth-centered accessories we’re talking about, they’re mostly painted in colors that pop. If you want minimalistic for your headphones so that they don’t clash with the clothes you wear on a regular basis, you may have to look elsewhere. Apart from the designs, the MTV in the branding may help these Fashiontronix by Soundlogic products look attractive to their target audience. 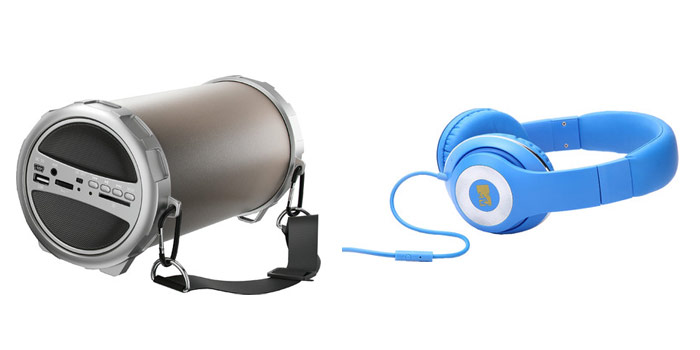 India’s favorite retailer Flipkart, has noted that the speakers from the new series are classified under four categories covering Capsule, Noise, Rock and Barrel. You also get to choose from two types of headphones that are available in Sound pod and Stud versions. The only power bank on offer is a 3600mAh one dubbed Diet. The headphones which are part of this range go under Thump and Boom.

The MTV Fashiontronix by Soundlogic range also has a fitness band named Pump which is not up for grabs at present, reason unknown. The connectivity options in the tallish Noise speaker include those for USB, Aux and SD card. This is the most expensive of the whole lot at Rs 10999 and also boasts of FM radio support, Bluetooth as well as 4.1 audio output. 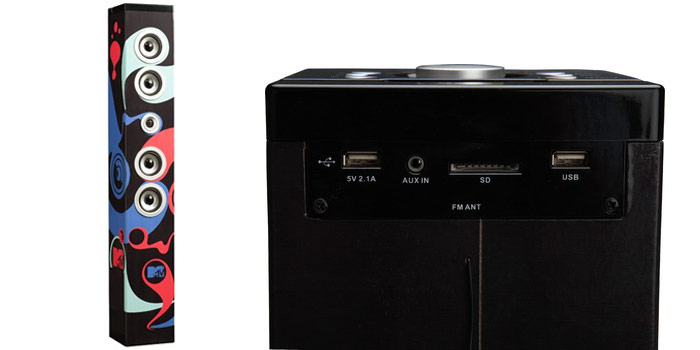 All the MTV Fashiontronix by Soundlogic accessories can be purchased through Flipkart in India. Hold tight and wait for rate cuts, if you think they’d be more appealing at lower tags. The retailer does put out some interesting discount deals now and again.