MTS has just announced the launch of its new Snapdragon processor-powered smartphone named Blaze 5.0 which has been priced at Rs 10,999. Apart from a decent list of specifications, this device has also been bestowed with 100GB of free data that will be valid for one whole year.

As its name suggests, the Blaze 5.0 features a 5-inch display, the resolution of which is still unknown. It is powered by a quad core Qualcomm Snapdragon S4 processor, but its makers have shied away from mentioning how much RAM it has pushed into it. 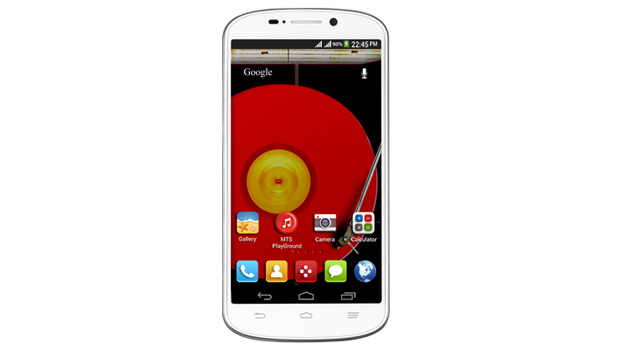 This EVDO and a GSM compatible MTS phone runs the outdated Android Jelly Bean OS and that too, in its v4.1 form. This makes for quite a lag in the software department. The Blaze 5.0 comes equipped with a 2500mAh battery which is claimed to offer a talktime of up to 9.5 hours.

An 8MP rear camera enhances its offerings along with a 0.3MP front-facing webcam. And although its storage memory hasn’t been disclosed, the presence of a microSD card slot for expansions of up to 32GB has been acknowledged.

Here’s a brief look at the known specs of the MTS Blaze 5.0:

This smartphone will come bundled with an MTS SIM card of course. And once you activate it with an initial recharge of Rs 198 you will be granted access to your free data.

The MTS Blaze 5.0 has been listed on the company’s official site slapped with a ‘Coming Soon’ tag, but there’s no particular release date available right now. As mentioned above, its price has been placed at Rs 10,999.