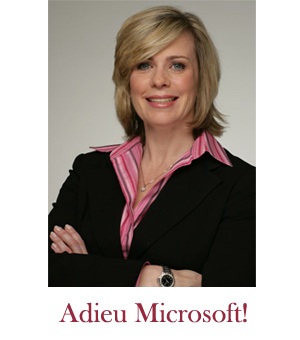 Bradford’s exit follows the departure of her head Steve Berkowitz. Apparently when Berkowitz left the company, Microsoft’s online business experienced a management shake-up, which is now the reason behind Bradford quitting the software giant.

Spot Runner helps people buy local TV advertising online. At the Los Angeles-based company, Bradford will hold the designation of executive vice president of national marketing services and will be responsible for leading the business unit focused on national advertisers. She will be joining the company by March-end.

“Hiring Joanne is a huge win for Spot Runner,” said the ecstatic Spot Runner Chairman and CEO Nick Grouf. Adding, “Her background in both online and offline media is a perfect fit for us.”

Bradford’s exit comes after Yahoo put down Microsoft’s offer to buy Yahoo for around $44.6 billion.

Prior to joining Microsoft in 2001, Bradford served as a vice president and director of North American ad sales for BusinessWeek magazine. She graduated from San Diego State University with a B.A. in journalism and advertising.