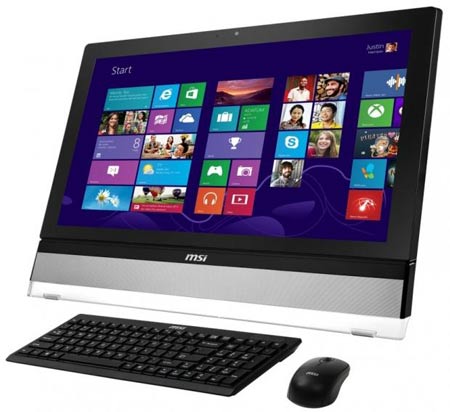 With the MSI Wind Top AE2712 and AE 2712G AIO PCs that are fresh out of its stable, the company has added touch-supported desktop machines to its lineup. These are aimed at making the most out of Microsoft’s new Windows 8 OS. The only difference between the two is that the latter features enhanced graphics attributes.

This all-in-one computer comes with a 27-inch HD monitor with a resolution 1920 x 1080. It features a 10-point multi-touch design. Meant especially for Windows 8, this screen lets users slide their fingers freely on its surface as well as its corners. And since it has been equipped with a frameless design, it supposedly also prevents dust from settling into its corners. 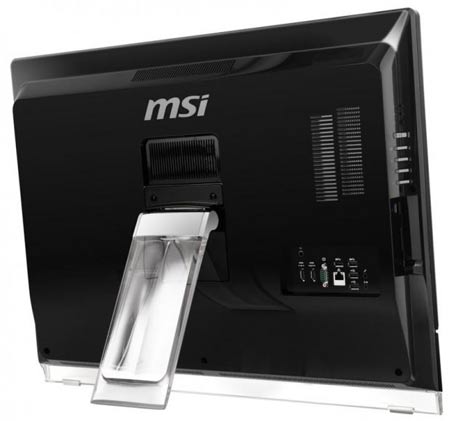 As far as their configurations go, the Wind Top AE2712 and its counterpart can be chosen to embed either an Intel Core i3-3220 processor or Intel Core i5-3470S processor. Both carry an Intel H61 chipset and 4GB of DDR3 memory which is expandable further. These Wi-Fi-equipped PCs also come with a 3-in-1 card reader, 5.1 channel speakers with THX TruStudio Pro, a 2MP full HD built-in webcam and of course, a wireless keyboard and a mouse.

The AE 2712G builds upon the other model by adding a 2GB Nvidia GeForce GT630M GPU to the whole mix. Besides, it also proffers users the benefits of the Nvidia Optimus technology. A DVD Super Multi drive or a Blu-Ray combo drive are optional for both variants.

The price and release date information of the MSI Wind Top AE2712 and AE 2712G AIO PCs has still been kept under wraps.