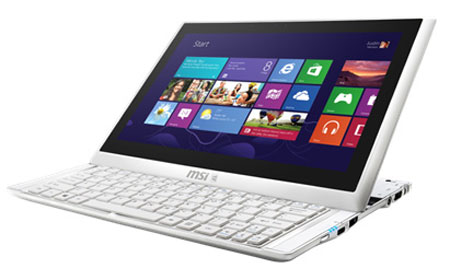 The MSI Slidebook S20 has been introduced into the market and it will be in a position similar to finding a corner in a crowded room. It joins the party, and is ready to duel it out with several other such hybrid devices and convertibles revealed at this year’s IFA, which was held in Berlin back in August.

The Slidebook S20 offers full HD resolution and the ease of using it as a tablet with touch capabilities, plus the convenience of a laptop with its sliding design which reveals a keyboard tucked away underneath the device. In fact, it quite closely resembles the Sony Vaio Duo 11, a hybrid Ultrabook in its own right.

Some of the devices it goes up against include the Dell XPS 12 convertible and the Asus Vivo Tab. And in addition to offering consumers things that are expected from a PC such as audiovisual and multimedia abilities as well as gaming on the go, it features USB and HDMI connectivity. 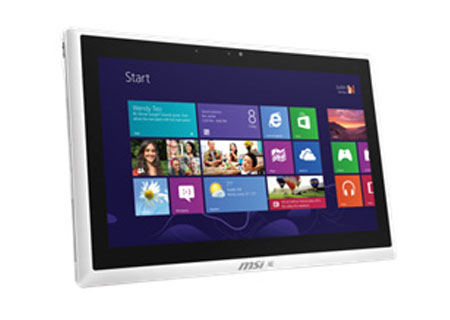 Coming to the device’s specs, it has a large 11.6-inch LCD display with IPS technology and 10-point touch. This can display content in a resolution of 1920 x 1080 pixels and can brag about a brightness of about 350 lumens. The company claims it can be viewed from a wide range of angles, while it includes an HD webcam.

It can be specified with a 3rd generation Intel Ivy Bridge Core i5 processor or an Intel Pentium chip and comes pre-loaded with the latest operating system from Microsoft, Windows 8. It also has support for up to 8GB of DDR3-1333 DRAM and comes with either a 64GB or a 128GB mSATA SSD. There is even space for a standard 2.5-inch HDD.

Pricing and release date details of the MSI Slidebook S20 haven’t been mentioned, but with the CES so close, we could see it debut at the show which kicks off in a little over 10 days time. 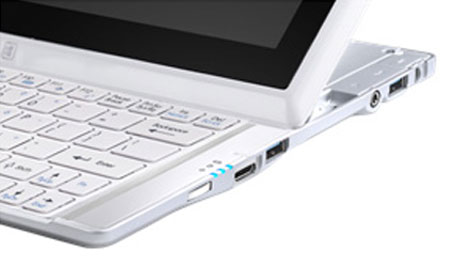 Specifications of the tablet-laptop hybrid: