After launching them in other parts of the world, MSI has finally decided to release its latest fleet of gaming laptops in India. These top-of-line notebooks offer stellar performance and come at prices starting from Rs 146900, and going up to Rs 337900.

The USP of these laptops is that they are powered by the Nvidia GeForce GTX 10 series graphics cards. These include the GTX 1080, the GTX 1070 and the affordable GTX 1060 units.

First among the new lineup of MSI laptops is the GT83VR Titan SLI. This VR ready machine supports the GeForce GTX 1080 and 1070 SLI of dual graphics, and runs on a Core i7 K series CPU. It of course comes with its own cooling system, and holds a Cherry MX mechanical keyboard with red colored backlighting and Steel Series Engine 3 of macro keys setup. It can be bought at Rs 337900.

Another gaming laptop from MSI’s latest range is the GT72VR Dominator. This one too is a VR ready notebook thanks to its incorporation of the GTX 1070 GPU. For its 17.3-inch display, gamers will be able to choose between 1080p full HD or 4K resolutions. It moreover incorporates an M.2 SSD for as well as a port for an HDD. This machine costs Rs 235000.

Next in the list is the MSI GS63VR Stealth Pro. Weighing in at just 1.9 kilograms, this gaming laptop boasts of a 17.7mm thin profile. The 15-inch gaming laptop incorporates the GTX 1060 GPU, the Core i7 6700HQ CPU and a Steel Series Engine 3 keyboard. This laptop costs Rs 177900. 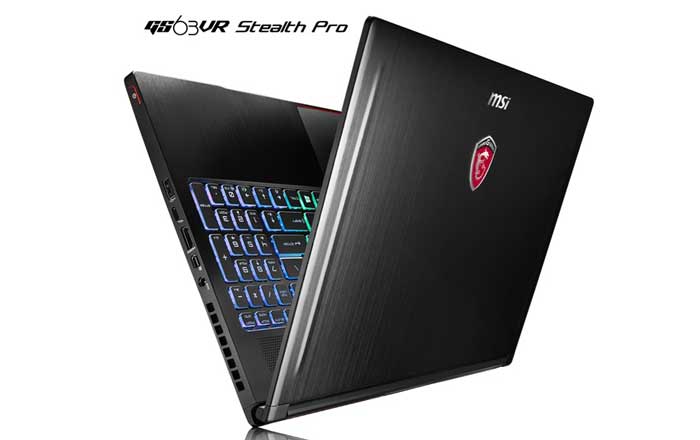 The last notebook from this MSI range is the GE62VR 6RF Apache Pro. This one too kicks in the combination of a Core i7 CPU and a GeForce GTX 1060 graphics card. Its display is 15 inches in size, and its price has been set at Rs 146900.

All these gaming laptops from MSI will soon be made available for purchase in India via Amazon.